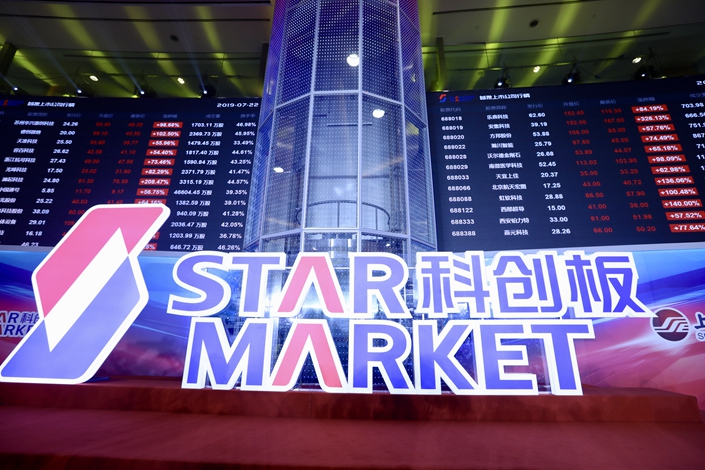 The CSRC also criticized the company for failing to update its prospectus to account for certain share transfers. Photo: IC Photo

China’s securities regulator has for the first time tossed out the application of a company looking to list on the country’s recently launched high-tech board, in this case due to accounting shenanigans that allowed the company to inflate its profits tenfold.

The case offers additional insight into the new review process for listing on the tech board, which the government has hyped for piloting “registration-based” listings, which aims to resolve shortcomings in the lengthy, bureaucratic initial public offering (IPO) process that candidates face on other Chinese mainland boards, where listings can take months or even years.

The China Securities Regulatory Commission (CSRC) rejected the application of Eversec Technology Co. Ltd., a network security company, for breaking the listing rules of the high-tech board, according to a CSRC statement (link in Chinese) released Friday.

The CSRC took issue with how Eversec’s accounted for some of its revenue — specifically that it was booking unrealized operating revenues as if it already had the cash in hand. The accounting maneuver boosted Eversec’s net profit attributed to the parent company after deductions of nonrecurring gains and losses by 87.33 million yuan ($12.58 million), or nearly 10 times what it would have been if the company had excluded the unrealized revenues, according to the CSRC.

The unrealized revenues in question came from four contracts that the company signed on Dec. 28 and Dec. 29 and managed to complete — as it explained initially — before the end of the year, according to the CSRC’s statement. The net profits from those revenues amounted to 78.27 million yuan.

The Shanghai Stock Exchange, which hosts the high-tech board, initially flagged the revenues generated from two of the contracts when reviewing Eversec’s IPO prospectus (link in Chinese) in early April, according to the company’s filing to the exchange.

Questioned by the exchange, Eversec initially explained that the short period between signing the two contracts and finishing the projects was due to the proficiency of its staff, as well as a delay in signing the contracts. The exchange apparently didn’t buy it. The two parties went back and forth on the issue several times before the company agreed to exclude the unrealized revenues and report its 2018 net profit as 9.06 million yuan in an updated prospectus (link in Chinese) that the exchange agreed to submit the application to the CSRC for a final review.

The CSRC requires that accounting errors in materials submitted for high-tech board IPO applications don’t cause a change in a company’s net profit by more than 20%. Otherwise, the company will be deemed unqualified for a listing. In Eversec’s case, the unrealized net profit made up 89.63% of the net profit it initially reported.

The CSRC also criticized the company for failing to update its prospectus to account for certain share transfers.

On Friday, the CSRC was reviewing applications of 11 companies seeking to list on the high-tech board, three of whose applications have been suspended until they update their financial reports, according to a release (link in Chinese) from the regulator.