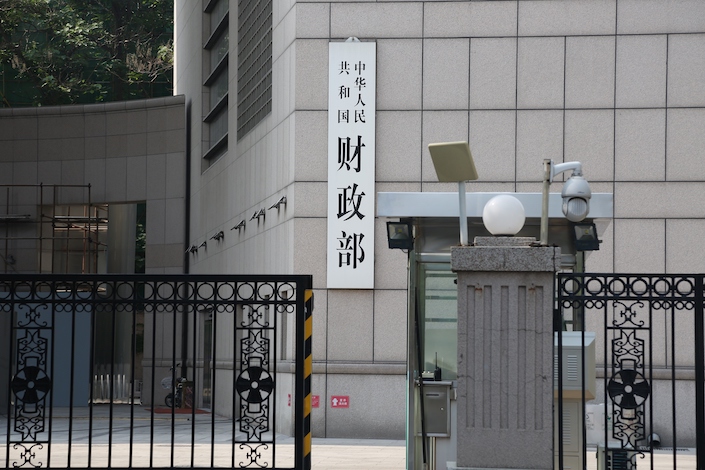 China’s Finance Ministry has started to make an early assessment on how much debt local governments need to sell next year. Photo: VCG

China’s Finance Ministry has started to make an early assessment on how much debt local governments need to sell next year, three months ahead of the usual schedule.

The move indicates the Chinese government’s urgent need to increase infrastructure investment through local government bond issuance amid mounting pressures from slowing economic growth and an export-sapping trade war with the U.S.

The State Council, China’s cabinet, said in an executive meeting Wednesday that the early move to assign quotas for next year’s new special-purpose borrowing aims to ensure funds are put into use and generate results in early 2020. Special-purpose bonds are designated for infrastructure investment and are meant to be repaid from income generated by the projects they invest in rather than from local budgets.

Usually, local governments submit their borrowing needs for the following year in October and November. The National People’s Congress (NPC), China’s top legislature, generally approves a quota at its annual session in March of the next year. Then after the Ministry of Finance assigns approved quotas, local governments normally start bond issuance as early as April.

In an unusual move, the NPC passed a bill last December allowing the cabinet to assign bond quotas so that local governments could start issuing debt as early as January as part of efforts to stimulate the economy.

Next year’s special-purpose bonds will be mainly used for projects in transportation, energy, environmental protection, education, healthcare, and industrial park infrastructure. The cabinet also stressed that the funds should not be used for land reserves and real estate-related sectors.

Although local governments have already accelerated bond issuance this year, the effects on infrastructure growth have not appeared.

Government-driven infrastructure investment rose 3.8% year-on-year in the first seven months of this year, down from 4.1% growth in the first six months, according to data released by the National Bureau of Statistics. The reading hasn’t been this low since 2018.

The lagging of infrastructure investment is more because of a lack of project reserves, rather than a shortage of bond quotas, said Zhou Yue, an analyst at Sinolink Securities.

Some economists have also raised questions over whether bond funds are actually being used in designated sectors.