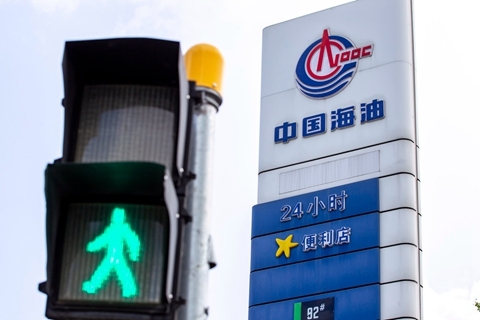 Arctic LNG 2 project is the single largest LNG project in the world to reach a final investment decision in over 15 years. The first phase of the project will export its first cargo by 2023, with the second and third phases starting operation by 2024 and 2026, respectively, Novatek said.

The project, which is expected to have an annual production capacity of 19.8 million metric tons, will help to meet China’s ballooning demand for LNG. China National Petroleum Corp. holds a 10% stake in the project, with China National Offshore Oil Corp. holding another 10% share. The equity partners will be allowed to divide the project’s total LNG output in line with their respective stakeholdings.

Novatek holds a 60% share of the project. The other participants include French oil major Total SA and the Japan Arctic LNG consortium, made up of Mitsui & Co and state-owned JOGMEC.

Arctic LNG 2 is the second large-scale LNG project to be situated in Russia north of the Arctic Circle. The first, Yamal LNG, has an annual production capacity of 16.5 million metric tons. China National Petroleum Corp., one of that project’s Chinese investors, forecasts that exports to China from Yamal will reach 4 million tons a year in 2020, accounting for a quarter of its production.

China has increased its LNG consumption substantially in recent years as it looks to reduce the environmental damage caused by its current heavy reliance on coal for power generation as well as home heating and cooking. The country currently is the world’s second-largest LNG importer after Japan.

In 2018, the country’s LNG import volume jumped to 53.8 million tons, an increase of 40.5% from a year earlier, according to a report released by the Chinese National Energy Administration. Experts estimate that China’s annual imports of LNG will reach 100 million metric tons by 2030.

Chinese firms have capitalized on the country’s surging demand for the chilled fuel in recent years. State-owned China State Shipbuilding Corp. announced in April that it would build the world’s biggest LNG tanker in partnership with the Norway-based maritime classification society DNV GL.