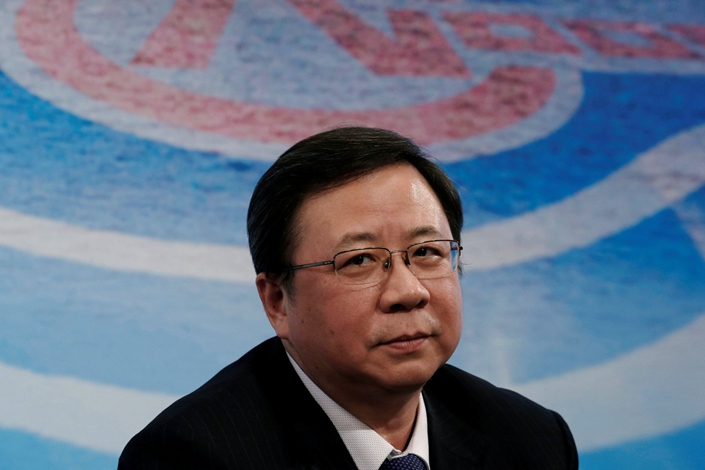 The former chairman of China’s biggest offshore oil and gas company has been appointed general manager of state-owned energy giant SinoChem to oversee its mega-merger with ChemChina.

The news comes as ChemChina reportedly prepares to list Swiss pesticide-maker Syngenta AG, which it bought in 2017 for $43 billion — in the largest overseas acquisition by a Chinese company to date.

Yang Hua, who has worked in the industry for decades and has strong experience in overseas mergers, has taken the helm of SinoChem Group Co. Ltd., which is currently merging with China National Chemical Corp. (ChemChina).

Buying Syngenta left the company, now saddled with enormous debts, open to questions about its ability to integrate the Swiss company. After the takeover in 2017, ChemChina reported a debt-to-asset ratio of 74% with liabilities of 586.5 billion yuan, up from 305.8 billion at the end of 2016.

In June, China’s ambassador to Switzerland, Geng Wenbing, reportedly told Swiss media outlet Tages-Anzeiger that the deal was a mistake. “If Switzerland wants to have Syngenta back, I will convince ChemChina to sell the company again,” Geng said, without giving a specific reason for his position. “If I had become ambassador here a year earlier, the takeover wouldn’t have happened. It wasn’t a good deal for the Chinese side.”

Before the Syngenta deal, China National Offshore Oil Corp. (CNOOC), led by Yang since 2005, held the record for the largest overseas acquisition by a Chinese company. That was its purchase of Canadian oil and gas producer Nexen Inc. for $15.1 billion in 2012. Yang participated in the acquisition process from the merging stage through the integration —experience he is expected to use in helping smooth the Syngenta integration.

The president role at SinoChem has been vacant since December 2018 after former President Zhang Wei was moved to manage China National Petroleum Corp. (CNPC).

The merger between SinoChem and ChemChina, rumored to have been in the works for years, is thought to have been one of the Chinese government’s conditions for supporting the Syngenta deal.