By Zhang Qi and Guo Yingzhe 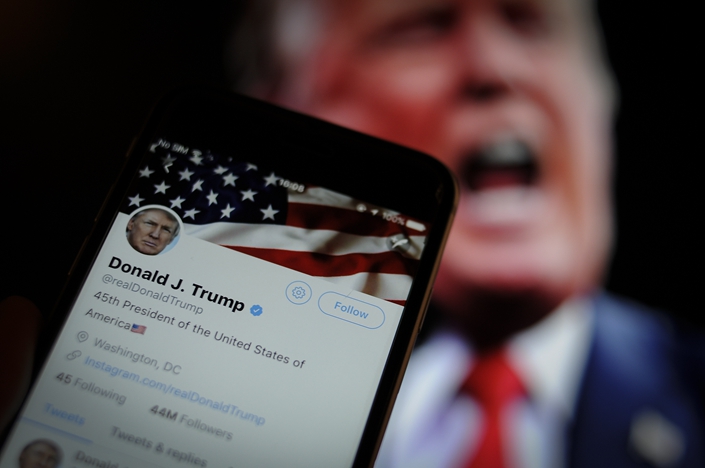 The delay came “at the request of the Vice Premier of China, Liu He, and due to the fact that the People’s Republic of China will be celebrating their 70th Anniversary,” Trump said. Photo: VCG

Responses to the latest truce in the U.S.-China trade war ranged from tepid to cautiously optimistic on Thursday, after the two sides each took measures to calm tensions.

China’s Ministry of Commerce Gao Feng said China welcomed U.S. President Donald Trump’s announcement that he will postpone a planned tariff hike on Chinese imports — a move he framed as a “gesture of goodwill.”

“Chinese enterprises have resumed the enquiry of buying U.S. agricultural products, including soybeans and pork,” Gao said at a press briefing Thursday afternoon.

The response from investors was more muted, at least at first. The Shanghai Composite Index opened 0.2% higher on Thursday after Trump tweeted that a tariff increase from 25% to 30% on $250 billion of Chinese goods, originally slated to take effect on Oct. 1, will be postponed to Oct. 15. The index closed 0.75% higher at 3,031.24.

The delay came “at the request of the Vice Premier of China, Liu He, and due to the fact that the People’s Republic of China will be celebrating their 70th Anniversary,” Trump said in a separate tweet.

The president’s decision followed China’s announcement (link in Chinese) on Wednesday of an exemption for 16 categories of U.S. imports to its 25% tariffs. The categories included some pharmaceuticals and lubricants. China levied the taxes last year in retaliation for similar tariffs imposed by Washington.

The exemption, effective from Sept. 17 to Sept. 16, 2020, will cover products worth about $1.65 billion, according to Bloomberg calculations based on 2018 trade data. The news helped boost U.S. stocks, pushing the benchmark S&P 500 Index up 0.72% on Wednesday.

Further rounds of exemptions will be announced in due course, according to the Ministry of Finance’s tariff commission.

The two countries’ moves to ease tensions came after they agreed to resume trade talks in Washington in early October after several rounds of escalation. China’s Ministry of Commerce said the two sides will try to make “substantial progress” at the October talks.

In retaliation, China imposed new tariffs on $75 billion of American goods. Some of those tariffs, at rates of 5% or 10%, took effect on Sept. 1. The rest will take effect on Dec. 15.

Escalation of the trade war has taken a toll on the world’s two largest economies and their bilateral trade. In the first seven months of 2019, China’s exports to the U.S. decreased 7.8% year-on-year, or $20.8 billion, and its imports from the U.S. fell by a steeper 28.3%, or $27.7 billion.

In August alone, Chinese exports decreased 1% in dollar terms year-on-year, while imports declined 5.6%. Imports from the U.S. plunged 27.5% and exports to the U.S. dropped 8.9%, according to China’s Administration of Customs.

Analysts from Bloomberg Economics estimated that the uncertainties created by the trade war could reduce the GDPs of the U.S., China and the world by 0.6, 1 and 0.6 percentage points, respectively, by 2021, compared with a hypothetical scenario in which the trade war didn’t happen.