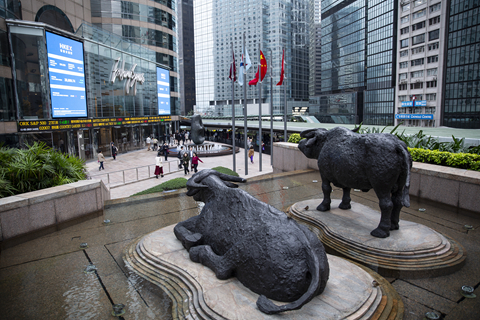 The board of the British bourse, which is working on its own deal to buy data provider Refinitiv, said HKEx’s approach on Wednesday had problems in its “strategy, deliverability, form of consideration and value.”

“Your assertion that implementation of a transaction would be ‘swift and certain’ is simply not credible,” the firm said in a statement Friday. “Given the fundamental flaws in your proposal, we see no merit in further engagement.”

HKEx intends to continue its pursuit of the deal, according to Financial News. The firm previously said that its takeover would only happen if the LSE dropped its combination with Refinitiv — and that it could go hostile if the business resisted its plans to build an Anglo-Asian markets giant.

LSE published a letter to HKEX raising concerns including:

• Potential regulatory issues in both the U.K., United States and Italy

• The firm’s existing partnership with the Shanghai Stock Exchange, “which is our preferred and direct channel to access the many opportunities with China”

• Joining the business with that of HKEX, with its heavy exposure to market transaction volumes, “would represent a significant backward step”

• The “inherently uncertain” value of the stock portion of the takeover, particularly given the political climate in Hong Kong.

Shares in the LSE were up 2.8% to 7,454 pence in afternoon trading in London, compared with HKEX’s 8,361 pence per share offer. The shares initially rose as much as 16% on Wednesday after HKEx said it wanted to combine the exchanges in a cash-and-stock deal that valued the London firm at 29.6 billion pounds ($36.9 billion). However, the stock pared gains after analysts poured cold water on the deal and top investors raised doubts about its attractiveness compared to the Refinitiv acquisition.

“I don’t expect HKEx to walk away without trying more,” said Massimo Stabilini, a former Paulson & Co. executive who now runs his own hedge fund, Sinclair Capital. “I expect them to come back with a better offer and with a higher cash component.”

The British government has the power to scrap the deal on public-interest grounds. On Wednesday it said LSE is a “critically important part of the U.K. financial system” and that it would be closely scrutinizing details of the transaction.

Both firms have been involved in exchange merger deals in recent years, with LSE failing in its most recent attempt two years ago to combine with Deutsche Boerse AG. HKEx acquired London Metal Exchange in 2012 for 1.4 billion pounds.

LSE Chief Executive Officer David Schwimmer also has experience of stock exchange deals: in his previous role at Goldman Sachs Group Inc., he was one of the main architects of the combination of the New York Stock Exchange and Archipelago Holdings Inc. over a decade ago.