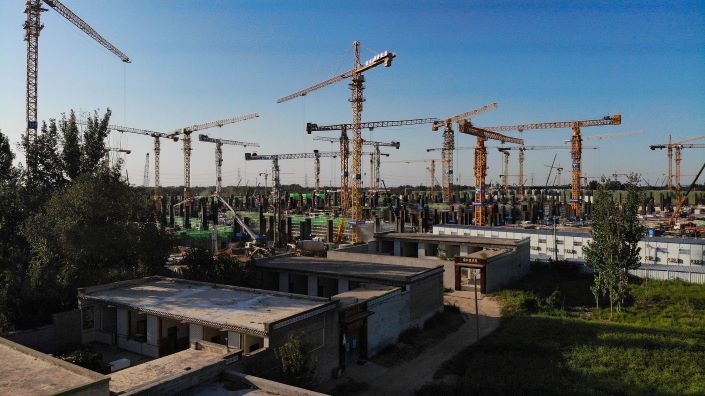 A senior Chinese government official has urged the country to press forward with the development of technology infrastructure in Xiongan New Area, in a bid to create a “smart brain” that will transform the future planned new high-tech industrial hub into an information, supercomputing, and big-data hub.

Wang Dongfeng, the Communist Party secretary of North China’s Hebei province, where Xiong an is located, made the comments at a series of meetings held Friday and Saturday in the area, local paper Hebei News reported. Wang name-checked a slew of technologies, including 5G telecommunications bases, satellite-information transmission, sensor systems, and broadband, that will “establish standard systems for a healthy smart city,” the report said.

Wang’s comments come several months after the government began acquiring land from local residents in May. Officials hope that Xiongan, which is situated in what is now a rural area some 100 kilometers (62 miles) southwest of Beijing, will take on some of the capital’s nonessential administrative roles, integrate the region into a vast urban area stretching from Beijing to the port city of Tianjin, and help Hebei transition away from the heavily polluting industries it now relies on, like steel.

But opponents claim the initiative, which officials announced in April 2017 and have called “the project of the millennium,” will destroy fragile wetlands and threaten the survival of local culture.