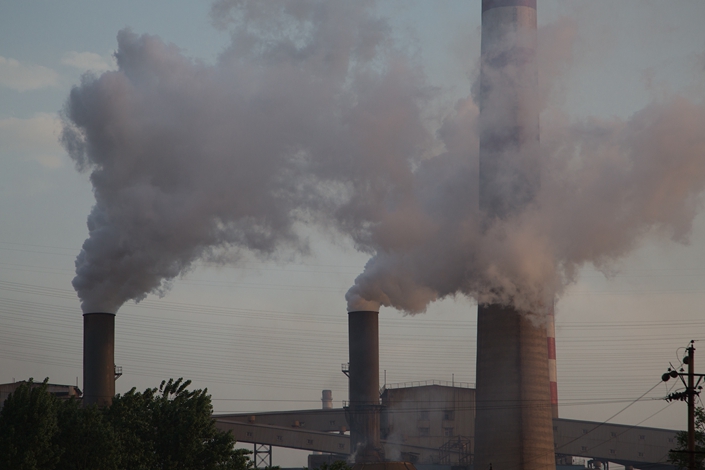 Smoke billows from the chimney of a Handan Iron and Steel Group factory in Handan, North China's Hebei province, on April 17, 2016. Photo: VCG

The main steelmaker in the industrial city of Handan will move its older production operations from the city center to an area about 90 kilometers (56 miles) away, part of an ongoing national drive to improve air quality in one of China’s most polluted provinces.

Announcement of the plan on a government website comes two years after discussion began on relocating the older operations for Handan Iron and Steel Group, also known as Hansteel Group. Similar relocations happened decades ago in the West as urban space became more expensive and heavy industries moved to less developed areas.

Such plans have been more difficult to implement in China, where most major steelmakers are state-owned, because of the big costs involved, as well as resistance from workers who don’t want to move to more remote locations.

Based on a government directive that says steelmakers must shutter 1.25 tons of capacity for every new 1 ton of capacity they build, the new facility located about 90 kilometers to the west in She county would have would have 5.7 million tons of annual iron-making and 4.7 million tons of steel-making capacity. That directive is part of a separate initiative from Beijing aimed at reducing the nation’s oversupply of steel-making capacity accrued during the nation’s headier days of rapid growth.

A public notice period on the move is set for Sept. 6 to Oct. 10. Construction will then begin on the new factory next March, with output slated to start in December 2021.

Hansteel is a main pillar of the local economy in Handan, with 61 years of history, 23,000 employees and 13 million tons of iron- and steel-making capacity. But such complexes are heavily polluting, especially ones using older technology. As China’s biggest steel-making province, Hebei is one of the nation’s most heavily polluted, causing frequent smog problems both locally and in adjacent Beijing.

Handan’s smog problems are particularly bad. It was the only city in Hebei that failed to meet its obligations for air quality improvement in 2017, and was singled out by an environmental inspection team from Beijing again in 2018 for falling well short of some of its targets. The team specifically pointed the finger at the older production facility, saying it needed to be moved from the city center into an industrial area.

Despite controversy surrounding such relocations, many factories have already made similar moves from city centers around China. Since the end of 2017, some 100 million tons of capacity have been relocated in regions like Hebei, Jiangsu, Guangxi and Shandong. As China’s largest producer, Hebei has either moved or is preparing to move more than 20 million tons of annual raw steel production capacity.