AB InBev to Seek Up to $4.85 Billion in Asian Unit IPO 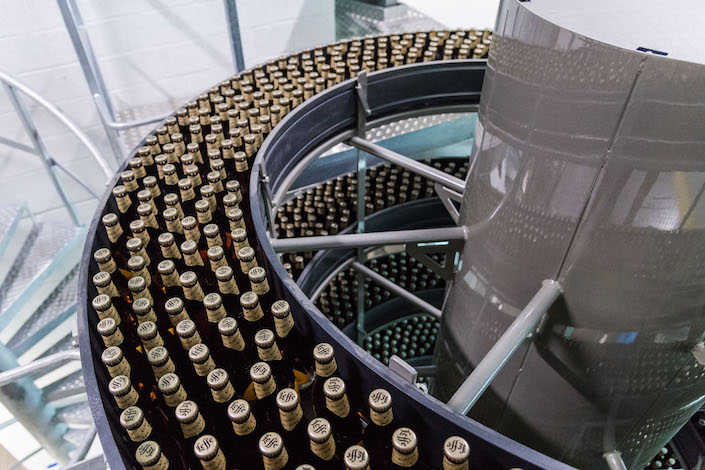 AB InBev plans to raise about half as much as it sought in July. Photo: Bloomberg

(Bloomberg) — Anheuser-Busch InBev NV is set to raise as much as $4.8 billion, roughly half its earlier target, with a revived initial public offering of its Asian unit.

About 1.26 billion shares of Budweiser Brewing Co. APAC Ltd. will be marketed in Hong Kong at HK$27 to HK$30 each, the company said Tuesday. In July, the brewer shelved a share sale that sought to raise as much as $9.8 billion, and it agreed to sell its Australian business to Asahi Group Holdings Ltd. for $11.3 billion a week later.

The offering has attracted GIC Pte., a Singaporean sovereign wealth fund, as a cornerstone investor with a commitment of $1 billion, the company said. The previous attempt didn’t have such a holding.

The return of Budweiser Brewing’s IPO is set to boost the Hong Kong bourse just as months-long protests there and trade tensions between U.S. and China are rocking the market. It will also propel Hong Kong past Shanghai to become the world’s No. 3 in terms of first-time share sale volume.

Besides helping AB InBev pare down a $100 billion-plus debt pile after the 2016 purchase of SABMiller, the proposed listing may accelerate the beer giant’s goal of creating a local champion in Asia, especially through acquisitions. Budweiser Brewing Chief Executive Officer Jan Craps said the IPO will give the business more flexibility to pursue deals, and the company will focus on areas where it isn’t yet the market leader, in particular Southeast Asia.

“Hong Kong has a bright future as a financial center,” Craps said at the press conference. “We are here for the long term.”

Excluding Budweiser Brewing, companies have raised a total of $10.8 billion through IPOs in Hong Kong this year, according to data compiled by Bloomberg. At $4.8 billion, the brewer’s listing would be the second-largest globally this year, trailing Uber Technologies Inc.’s $8.1 billion U.S. sale in May.

“If Budweiser can go public successfully, it will have a positive impact on Hong Kong’s capital markets that would demonstrate there’s good appetite for major listings,” said Edward Au, a Hong Kong-based co-leader of national public offering group at Deloitte China. That would also pave an easier path for smaller share sales, he said.

While AB InBev plans to raise only about half as much as it sought in July, the Asia unit’s valuation is only marginally lower. Since the original plan was scrapped, the company raised $11.3 billion from the sale of its Australian business that was part of the Asian unit. Adding that total to the new valuation of as much as $50.7 billion brings AB InBev close to the $64 billion it originally targeted.

The minimum dividend payout for the Asia unit will be 25%, Craps said. AB InBev will price shares of Budweiser Brewing Sept. 23, and they will debut Sept. 30, the company said. JPMorgan Chase & Co. and Morgan Stanley are the joint sponsors for the Hong Kong share sale.