Exclusive: Agricultural Bank of China to Get New Head 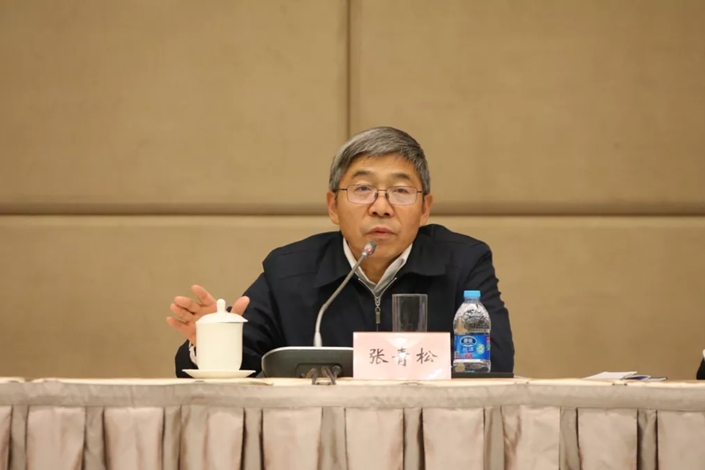 Agricultural Bank of China Ltd., one of China’s “Big Five” state-owned commercial banks, will likely have a new president after the position was left open for a year, Caixin has learned.

At an internal meeting on Monday, Zhang Qingsong was appointed as a deputy secretary of Agricultural Bank’s Communist Party committee, the sources said. He is likely to become president of the Hong Kong- and Shanghai-listed bank upon approval from its board and financial regulators, according to sources with knowledge of the matter.

Agricultural Bank is China’s third-largest bank by assets, with total assets of 24 trillion yuan ($3.4 trillion) at the end of June, trailing Industrial and Commercial Bank of China Ltd. and Construction Bank of China Corp. Agricultural Bank ranked 36th by revenue on this year’s Fortune Global 500 list of the world’s largest corporations.

Before the appointment, Zhang, 54, had served as president of a government development bank, Export-Import Bank of China, since August 2018. Before that, he worked at Bank of China Ltd., another one of the Big Five, for 28 years, getting promoted to executive vice president in 2016.

An Export-Import Bank insider told Caixin that Zhang “is diligent and quick-witted, and dislikes talking nonsense or in cliches.”

Zhang is filling the vacancy left by former Agricultural Bank president Zhao Huan, who moved to another government development lender, China Development Bank, in September 2018 to be its president.

Agricultural Bank is facing the ongoing challenge of paring down its bad loans. At the end of June, its nonperforming loans fell to 185.3 billion yuan from 190 billion yuan at the end of 2018, according to its 2019 interim report. Over the same period, its allowance for impairment losses on loans — an estimate of the lending that the bank is unlikely to recover — rose to 515.9 million yuan, up from 479.1 million yuan.

Bad loans in the transportation, logistics and postal service industries mounted in the first half of this year , Agricultural Bank Executive Vice President Wang Wei said during a first-half earnings call.

The bank’s total loans and advances to customers at the end of June grew 8.8% from the beginning of the year, the fastest growth among the Big Five.