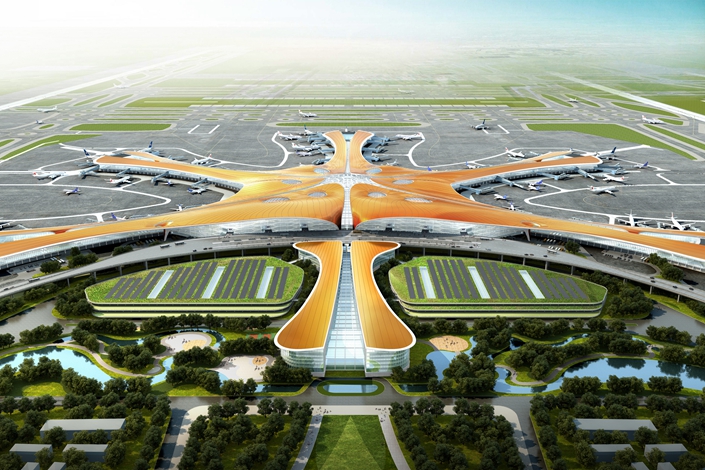 President Xi Jinping visited the Chinese capital’s second major international airport to announce its official opening. In the afternoon, aircraft operated by seven Chinese airlines took off from the airport with select groups of passengers to mark the opening. Tickets for flights to and from the airport will go on sale to the public starting Monday.

Located 46 kilometers (29 miles) south of the city center, the 80 billion yuan ($11 billion) Daxing International Airport has been billed as the world’s largest flight terminal in a single building, covering 700,000 square meters (173 acres), China Daily reports. Construction on the airport began four years ago and was finished in June.

A total of 16 airlines, including China’s three major state-owned carriers and other airlines such as British Airways, will use Daxing airport from Oct. 27 to March 28. Over this period, the airlines will operate 101 domestic flights and 15 international routes, according to official figures.

There has been an intense fight among the three major state-owned airlines — Air China, China Southern, China Eastern — for space at Daxing airport.

According to the final published plan, Guangzhou-based China Southern will be the dominant airline. Its planned flights take up 40% of Daxing airport’s arrival and departure slots. Shanghai-based China Eastern has 30% and Beijing-based Air China controls 10%. The remaining 20% of the slots have been divvyed up among other airlines.

Most of China Southern and China Eastern’s current flights out of Beijing Capital will be transferred to Daxing.