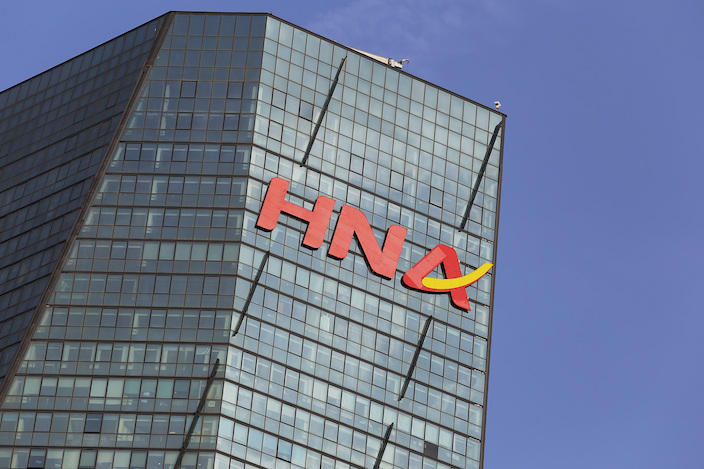 A unit of HNA Group is selling a 5% stake in Xi’an retailer CCOOP. Photo: VCG

A subsidiary of financially troubled HNA Group is selling a 5% stake in a Shenzhen-listed retail store operator, continuing to unload assets to shrink the conglomerate’s debt overhang.

A transaction price wasn’t disclosed, but based on the closing price of CCOOP’s stock Thursday, the deal would be valued at 660 million yuan ($92.7 million). Soon after the opening of trading Friday, CCOOP’s stock surged by the 10% daily limit to 2.42 yuan.

The sale is the latest in a long string for HNA Group, which has been forced to sell off assets since Beijing launched a debt clampdown against the group two years ago. HNA has sold or agreed to dispose of more than 40 assets since 2018, according to a Bloomberg tally.

HNA Retailing directly holds 15.31% of CCOOP, but together with concerted-action parties, HNA controls a 29.27% stake, according to CCOOP’s 2019 first-half financial report.

New Cooperation, a subsidiary of state-owned agricultural conglomerate China Co-op Group Co., holds a 24.91% stake in CCOOP. After the transaction, it will become the controlling shareholder of CCOOP.

In May 2018, CCOOP proposed buying a controlling stake in a logistics company from a group of shareholders, including a subsidiary of Chinese e-commerce giant JD.com Inc. The plan was considered a move by the retailer to enhance its freight delivery capacity. But CCOOP dropped the plan in November, citing “changes in the external environment and failure to agree on the core terms of the proposed deal.”