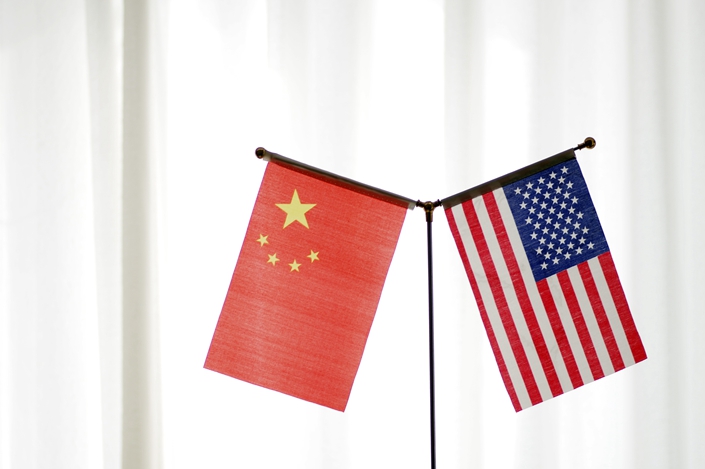 Both sides appear to want some kind of truce in the trade war. Photo: IC Photo

Chinese Vice Premier Liu He will visit Washington from Oct. 10 to 11 for a fresh round of high-level trade talks with the U.S., the state-run Xinhua News Agency reported Tuesday.

This will be Liu’s 13th round of trade talks with the U.S. government since last year, and his third since negotiations broke down significantly in May precipitating a further escalation of the trade conflict between the world’s two largest economies. China and the U.S. had blamed each other for “backtracking” on commitments at the time.

Both sides appear to want some kind of truce in the trade war, which has taken a significant toll on the economies of China and the U.S. and the world at large. Both the manufacturing and nonmanufacturing sectors in the U.S. showed signs of cooling. The U.S. manufacturing purchasing managers’ index (PMI), which is compiled by nonprofit organization the Institute for Supply Management (ISM), dipped to 47.8 in September, the lowest in more than 10 years, and the ISM nonmanufacturing PMI for the U.S. dropped to 52.6, a more than three-year low. The Chinese economy is also slowing down, largely due to ongoing trade tensions and sluggish domestic and global demand.

There were signs of goodwill ahead of the upcoming meetings as both countries struck a positive tone after mid-level talks last month. U.S. President Donald Trump has said that he’d consider an interim trade deal with China despite preferring a permanent one. He had also delayed a tariff rise from 25% to 30% on $250 billion of Chinese goods, originally slated to take effect on Oct. 1, to Oct. 15, framing this as a “gesture of goodwill.”

As a response, the Chinese government said last month that it would encourage companies to purchase U.S. soybeans, pork, and other agricultural products, and exempt those products from additional tariffs. U.S. soybean exports to China soared after the announcement. Data from the United States Department of Agriculture shows that from Sept. 20 to 26, net exports of soybeans to China totaled 1.56 million tons, the lion’s share of the country’s net soybean exports of 2.08 million tons.

But there are challenges for China-U.S. economic ties beyond trade. On Monday, the U.S. Department of Commerce said it would add 28 Chinese governmental and commercial organizations to its economic blacklist, the Entity List, over their alleged involvement in a government campaign targeting ethnic minorities in the Xinjiang Uygur autonomous region. China's Ministry of Foreign Affairs denied the claims.

American companies are effectively banned from doing business with companies on the list without U.S. government approval.

A U.S. Commerce Department spokesman said the “action is unrelated to the trade negotiations.”

Hikvision and Dahua suspended share trading on the Shenzhen Stock Exchange on Tuesday. Meanwhile iFlytek Co. Ltd., one of the eight singled out, slid as much as 3.1% in Shenzhen.