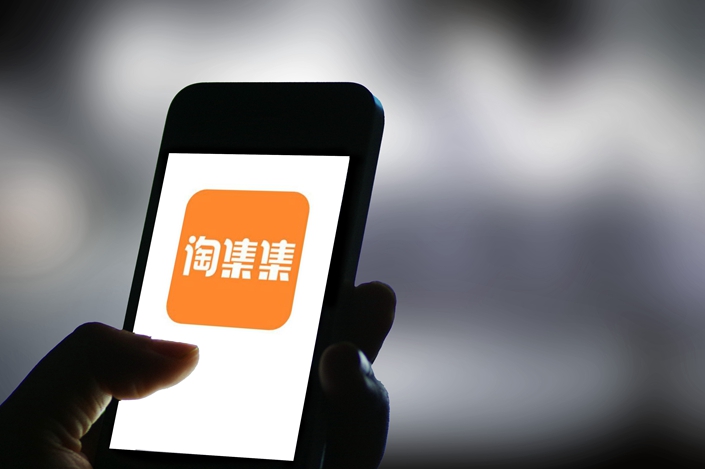 Chinese e-commerce startup Taojiji has become embroiled in a crisis after using money earned by its merchants to subsidize shoppers in bid to maintain rapid expansion.

The company drew widespread attention in October 2018, when it was revealed it had registered more than 11 million users within two months of its founding in August, even though that growth relied on attracting new shoppers with massive subsidies backed by some early investors.

Once those funds dried up, Taojiji began raiding the pockets of its merchants, who typically have to wait at least one month before they can withdraw money earned by selling products on the platform.

The company now owes sellers as much as 1.6 billion yuan ($225 million), Caixin has learned.

After admitting the company had misused merchants’ funds, Taojiji CEO Zhang Zhengping recently met merchants from across the country at the firm’s Shanghai headquarters, where sellers had gathered to reclaim their earnings.

Targeting shoppers outside the country’s major cities, Taojiji has used a social element to drive its expansion. Shoppers get a digital red envelope every time they make a purchase, but the cash inside can only be claimed if they get someone else to open it. The more orders shoppers place and more new users they invite; the more cash they can earn.

This model quickly caught investors’ attention. In October 2018, Taojiji secured $42 million in a funding round that valued the company at $242 million.

Flush on investors’ cash, Taojiji ramped up its cash incentives. In June, Taojiji had 35 million monthly active users, according to data provided by QuestMobile.

The company asked merchants to price their products as low as possible, with those offering the cheapest prices getting more prominent positions in search results.

However, as Taojiji hasn’t turned a profit or been able to secure further funding, it began raiding merchants’ pockets to support its strategy.

Taojiji’s merchants recently gathered in Shanghai to claim back their money. A merchant who runs four online stores on Taojiji told Caixin that the company owned her 150,000 yuan. Another merchant said Taojiji owed him 2 million yuan. Both declined to be named.

Zhang has proposed two options to solve the issue. One involves a debt restructuring plan, in which Zhang said the company would be sold to another firm. The proceeds of this sale would then be used to repay 20% of the cash owed to merchants. A further 10% would be paid if Taojiji reaches a valuation of $1.5 billion. The remaining 70% would then be paid off if Taojiji eventually reached a $2 billion valuation or completes an IPO.

Taojiji also proposed a debt-to-equity plan, under which the debt will be converted into equity in the company.