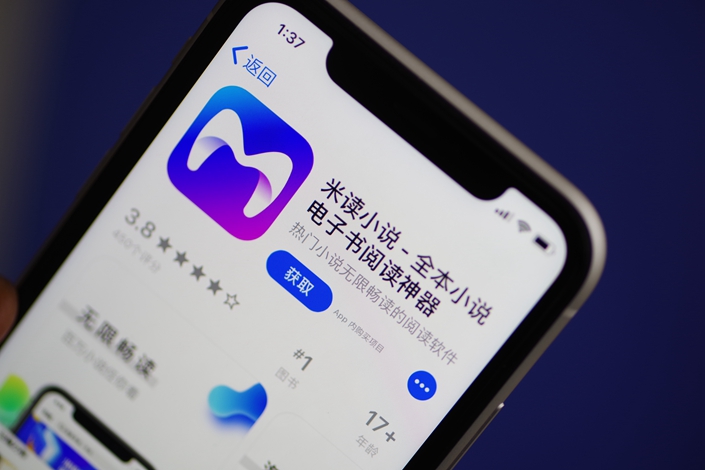 The online literature unit of Nasdaq-listed Qutoutiao Inc. has raised $100 million, as the Tencent-backed Chinese news aggregator tries to carve off a slice of an industry that continues to boom despite government content crackdowns.

The funding round for the subsidiary, Midu — which operates Midu Novels and Midu Novels Lite — was led by CMC Capital and followed by Qutoutiao, the company said in a statement on Wednesday. Qutoutiao will remain Midu’s controlling shareholder.

It’s an impressive sum given regulators reportedly banned Midu from updating for three months after finding it hosted content deemed obscene by the Chinese government. The ban ended on Oct. 15.

“Midu Novels has undertaken various product upgrades since July 16, and resumed regular content updates and commercial activities on October 16,” the company said in a statement.

Qutoutiao said Midu will spend the cash on expanding its library, and on marketing in order to “consolidate and improve (its) competitiveness.”

Launched in May 2018, Midu had around 10 million active monthly users as of April, according to QuestMobile. Qutoutiao has said it aims to make that the number of active users each day by the end of the year. Qutoutiao, which operates one of China’s four largest news aggregators, had an IPO in New York in September 2018.

China’s online literature sector has boomed in the past few years, with a report from iResearch predicting the market would eclipse 20 billion yuan ($2.8 billion) by 2020, up from the 15.3 billion yuan in total sales racked up by the sector last year.

But the space is already quite crowded and Midu faces much larger competitors including IReader Technology and China Literature Ltd., which operate the most and second most popular book-reading app in China respectively. IReader is a Shanghai-listed company, while China Literature, a unit of internet titan Tencent Holdings Ltd. was listed in Hong Kong in 2017.

Players in the field must also stay on the right side of government regulators while providing the content audiences crave.

Unlike IReader and China Literature, which charge users for most of their content, Midu is among a cohort of recent new entrants that offer it for free and rely on advertising for revenue.

Midu and Tomato Novel were among three e-book platforms caught up in a summer crackdown on “harmful” content, and were both banned from updating their content for three months, Nikkei Asian Review reported.