By Yang Ge and Niu Mujiangqu 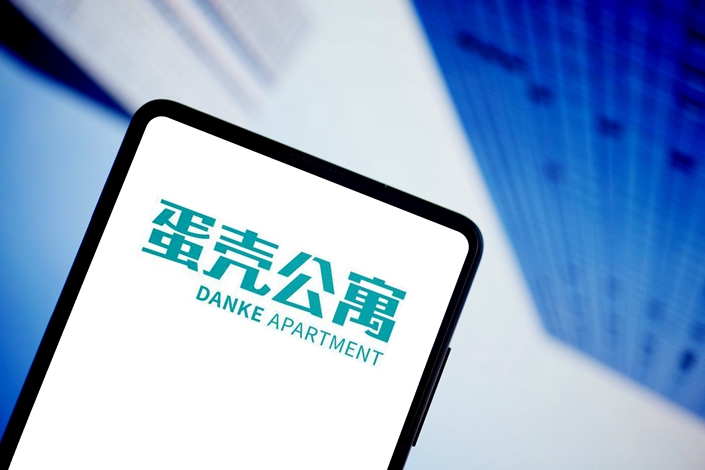 Phoenix Tree., which runs the online apartment-rental service Danke, said it currently has 407,000 apartments, a figure that has grown by an average of 360% annually over three years. Photo: IC Photo

Phoenix Tree Holdings Ltd., a provider of apartment rental services, has filed to raise about $100 million through a New York IPO, becoming the latest in a flurry of Chinese high-tech firms aiming to list overseas by year-end.

Like many of the companies that have made such applications over the last month, Phoenix Tree, operator of the Danke online-based apartment-rental service, has reported widening losses as it ramps up its business model. Under that model, the company renovates apartments after signing long-term lease agreements with landlords, then rents them out to tenants. That requires big outlays while it builds up its inventory, which can only be recouped over time as new tenants pay rent.

Founded in 2015, Phoenix Tree said it currently has 407,000 apartments in 13 Chinese first- and second-tier cities. It added that the figure has grown by an average of 360% annually over the three years through last December, according to its prospectus filed in the U.S. on Monday.

“We need significant capital to make continued investments in various aspects of our business operations in order to remain competitive,” the company said, detailing its business model. “We generally incur (a) substantial upfront capital outlay before we start to generate revenues on the relevant apartments.”

The application makes Phoenix Tree the latest in a flurry of new offering candidates heading into the final quarter of 2019, extending a 2-year-old wave of high-tech listings in the U.S. and Hong Kong. In the last 30 days, at least six Chinese companies have applied to make similar listings in New York, three of them in the real estate space.

Before Phoenix Tree’s filing, another apartment rental specialist, Q&K International Group Ltd., and online real estate marketplace operator Fangdd Network Group Ltd., both filed this month for New York IPOs to raise about $120 million each. Both are expected to make their trading debuts in the next two weeks.

“The property sector has been pretty hot lately,” said one financial industry player who works with many of the companies now listing in the U.S. He declined to be named due to the confidential nature of his work.

Of the half-dozen companies to file listing applications over the last 30 days, only one — bit coin mining equipment-maker Canaan Inc. — has set a relatively large fundraising target of $400 million. The rest have all been relatively small, mostly in the $70 million to $120 million range.

Of the companies to apply for listings in the latest flurry, only one, education services firm Youdao Inc., has made its trading debut. The company’s shares lost more than a quarter of their value on their first trading day Friday, but have bounced back slightly and were down about 19% after the Tuesday trading day in New York.

A previous version of this story incorrectly stated the amount of the money that Phoenix Tree intends to raise in its IPO. It is about $100 million.