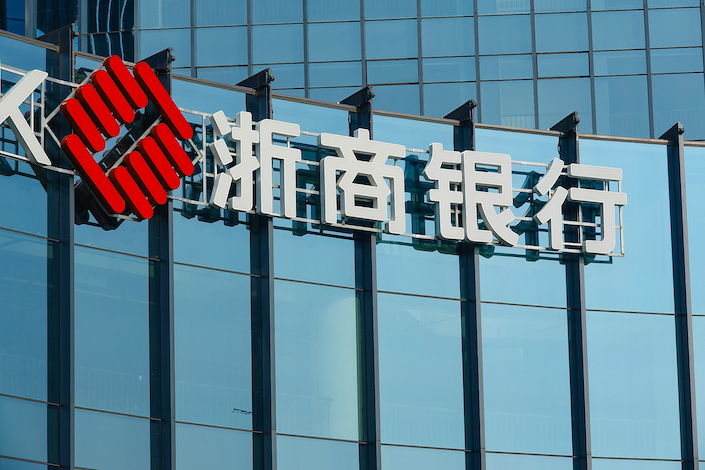 The Chinese government is continuing to dispose of former Anbang Insurance Group Co.’s assets, offering to sell its stake in a regional bank for 6.9 billion yuan ($980 million).

The China Banking and Insurance Regulatory Commission (CBIRC) working group in charge of the takeover of Anbang listed 1.347 billion shares of Zheshang Bank on the Shanghai United Assets and Equity Exchange. The listing will end Dec. 2.

Because the sale is a judicial disposal, the buyers need to pay a 600 million yuan deposit, according to the Shanghai United Assets and Equity Exchange.

The sale is taking place before Hong Kong-listed Zheshang’s plan for a mainland listing, which makes potential buyers subject to some restrictions, according to the exchange.

Zheshang Bank said Oct. 11 that it has approval for an A-share offering. Later last month, it set the offering price at 4.94 yuan a share, the same as its net assets per share. But it postponed the listing time originally scheduled for late October to Nov. 14, saying the offering price-to-earnings ratio is higher than the average P/E level for bank stocks.

Zheshang Bank was set up in 2004 with a mission to serve small and micro businesses in Zhejiang province, China’s hub of private manufacturers and traders. But the bank’s expansion in recent years has come under closer scrutiny by regulators.

The bank is 14.8% owned by the provincial government with the rest dispersed among a number of shareholders, including companies backed by private conglomerate Baoneng, Anbang and Wanxiang Group.

Many of Anbang’s assets have been disposed of since the country’s bank and insurance regulator took over the acquisitive company in February 2018 and Wu Xiaohui was sentenced to 18 years in prison for fundraising fraud and embezzlement.

Over the past two months, Dajia Insurance Group, the company created to take over parts of Anbang’s business, sold off Anbang’s entire stake in Shanghai- and Hong Kong-listed China Merchants Bank Co. Ltd.

Last year, Anbang tried to sell its 35% stake in Chengdu Rural Commercial Bank for 16.8 billion yuan but failed to reach a deal.