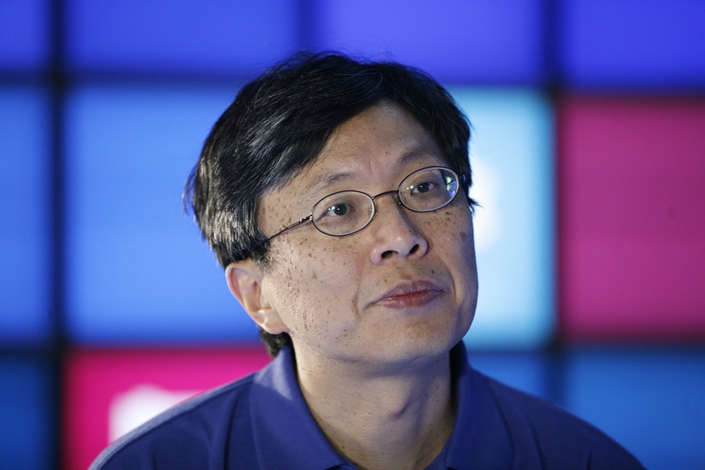 Microsoft Corp. Executive Vice President Harry Shum is one of few Chinese computer scientists widely known in the U.S. tech world. But now he is set to leave the world’s largest software company after 23 years.

Shum, whose given name is Heung-Yeung in Chinese, will leave the company early next year, Microsoft announced on Wednesday. His role at the helm of the company’s artificial intelligence (AI) and research arm will go to current Chief Technology Officer Kevin Scott. Shum will continue in an advisory role to CEO Satya Nadella and company co-founder Bill Gates.

“Leaving Microsoft is the toughest decision of my life. Microsoft has been very successful, but at this stage of my life, it is time to open a new chapter,” Shum wrote in an open letter to employees. “It’s time to explore new challenges beyond Microsoft and beyond business.” Shum didn’t reveal further details regarding his future plans.

Shum was regarded as Microsoft’s informal ambassador to China, where he has been one of the company’s most recognizable faces and helped build a strong business presence. Notably, in 2016, he was named vice president of a joint venture that Microsoft set up with China Electronics Technology Group Corp., a state-owned enterprise that specializes in defense and security products.

Shum joined Microsoft Research in the U.S. in 1996. He made his name at the company setting up its research lab in Beijing in 1998, widely regarded as one of the world’s most influential AI institutions. Shum also oversaw development of Microsoft’s Bing search engine.

“Harry has had a profound impact on Microsoft. His contributions in the fields of computer science and AI leave a legacy and a strong foundation for future innovation,” Nadella said in a statement. “I want to thank him for his leadership and partnership, and for all he has done for Microsoft.”

Born in the eastern city of Nanjing in 1966, Shum got his bachelor's degree from the local Southeast University before going on to study in Hong Kong and the U.S. He earned a Ph.D. in robotics from Carnegie Mellon University in 1996.

AI has been one of the most prominent areas of technological and economic competition between China and the U.S. Beijing has identified the technology as a national priority, and aims to be a global leader in the field by 2030.