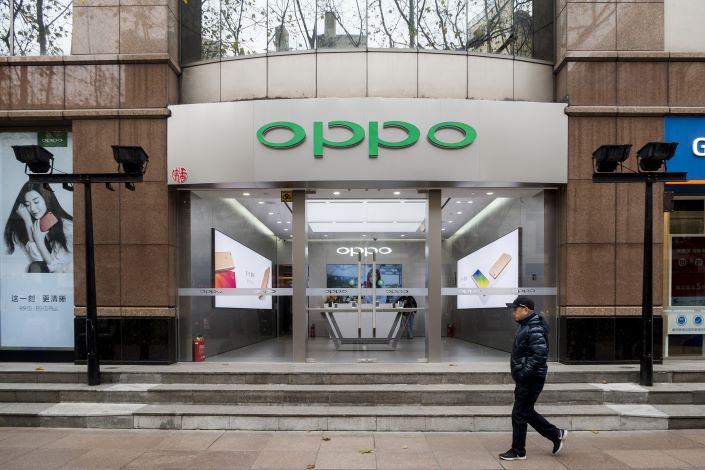 The country shipped 35.97 million phones last month, a 0.7% decrease from the previous month and a 6.7% drop year-on-year, according to the China Academy of Information and Communications Technology (CAICT), which is tied to the nation’s telecoms regulator.

The October figure was worse than the 5.8% decline for the first 10 months of the year, when the country shipped 323 million handsets. China’s mobile phone market has been in decline for more than a year due to oversaturation, following a period of heady growth that saw it surge past the U.S. to become the world’s largest market.

Four of the world’s top six smartphone makers are now based in China.

Domestically produced phones continued to make up the bulk of China sales in October, with 84.9% of handsets shipped coming from Chinese brands like Huawei, Oppo, Vivo, and Xiaomi. Some 91.1% of total handset shipments in the 10 months through October were made by domestic manufacturers.

As the country gears up for the commercial rollout of next-generation wireless technology, there are signs that Chinese consumers are already buying phones equipped with superfast 5G capabilities. Nearly 2.5 million 5G handsets were sold in China in October, bringing total sales to 3.28 million since Huawei released the country’s first such phone in August.

Last month, China’s three major state-owned wireless network operators announced that they had launched commercial 5G services in dozens of cities across the country. However, the new networks are not yet available nationwide.