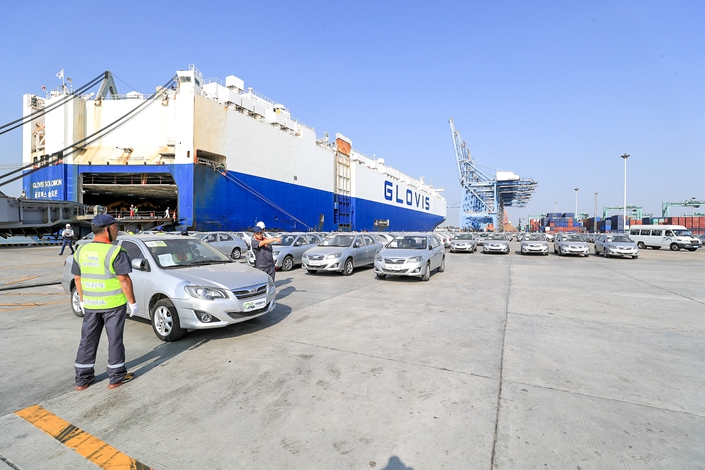 A Chinese company has exported 500 used cars to Africa, as dealers look to clear their automobile inventories after the national government rolled out tough new emissions standards for all vehicles on sale.

Guangdong Good Car Holdings Co. Ltd. on Wednesday shipped cars worth a total of $3 million to the West African port of Cotonou, Benin. The company claimed in a statement (link in Chinese) that this was the most valuable shipment of used cars ever exported by a Chinese firm.

Guangdong Good Car is one of five companies in the wealthy coastal province that have won government approval to sell second-hand vehicles overseas. Beijing only gave the green light for Chinese companies to export used cars in April, and since then 10 cities and provinces, including Beijing, Shanghai and Guangdong, have been given permission to do so.

This will give companies a way to offload used cars that do not meet the new emissions standards, said Luo Lei, deputy secretary general of China Automobile Dealers Association, the country’s top auto dealer industry group.

On July 1, China adopted the standards across swathes of the country — including Beijing, East China’s Yangtze River Delta and South China’s Pearl River Delta — as part of its broader attempt to clean up air pollution. Neither new nor used vehicles can be sold in these regions if they do not meet the new standards.

However, demand is strong in Belt and Road Initiative countries, where many governments allow higher vehicle emissions, and there is demand for cheap cars among low-income consumers, according to a research note from Ping An Securities in October.

China’s car dealers have begun to export used cars to countries such as Cambodia, Nigeria, Myanmar and Russia, according to China’s Ministry of Commerce.