By Huang Shulun and Tang Ziyi 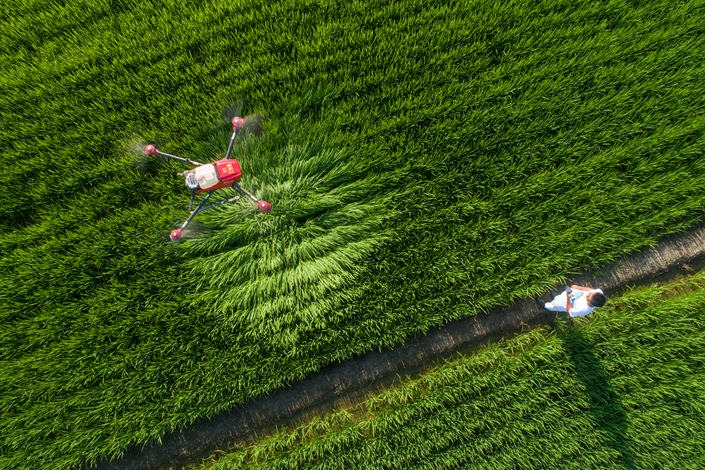 U.S. agricultural science company Corteva Inc. has called on the Chinese government to remove barriers to data-sharing in the sector as it eyes the nation’s closely held agricultural data.

The head of Corteva’s China business, Peter Huang, said China should “deregulate” the flow of agricultural data to facilitate the sector’s digitalization. A significant amount of China’s agricultural data — from soil, weather to rural infrastructure — is held by the government.

Big data analytics are being applied to agriculture across the world, with uses ranging from selecting seed varieties, determining planting density, to pest and disease control, effective fertilizer use, harvesting and storage. Being able to access vast quantities of data means companies can offer more accurate results and suggestions to farmers.

It’s also worth big bucks. Corteva provides digital and technological agricultural services in over 140 countries, with its estimated $14 billion seed and crop protection business accounting for 14% of the global market. Corteva was formerly the agriculture division of U.S. chemical giant DowDuPont Inc. In June, the company was spun off and went public in New York.

“The (Chinese) government has collected a pool of data from hundreds of thousands of villages, and companies collected a massive amount of data by themselves too. But currently the data is still scattered,” Huang, the president of Corteva Agriscience in China, told Caixin in an interview on Thursday at the annual Corteva summit in Fuzhou, Fujian province.

“So, here’s one thing I advocate — (China should) deregulate data that has no impact on national security, so each company can easily access data on the market … that can boost technological development and increase the efficiency of agricultural production,” Huang said.

In China, official bodies have the most comprehensive data, gathered in villages across the nation, but this data has not been shared widely. In December 2015, China’s agriculture ministry released guidelines for the use of big data in the country’s farming sector in which it urged provincial-level agricultural authorities to open up their databases by the end of 2020. The guidelines criticized the lack of transparency in how such data is collected and used.

By comparison, most agricultural companies in China have only recently started to collect data, Huang said. To enrich its database, Corteva has tied up with the world’s biggest drone-maker, China’s SZ DJI Technology Co. Ltd., as well as domestic satellite operators, according to Huang.

Huang said that in future as China’s farmers become better educated and mobile phones and 5G technology become more common in rural areas, the digitalization of the country’s agriculture sector will move forward.