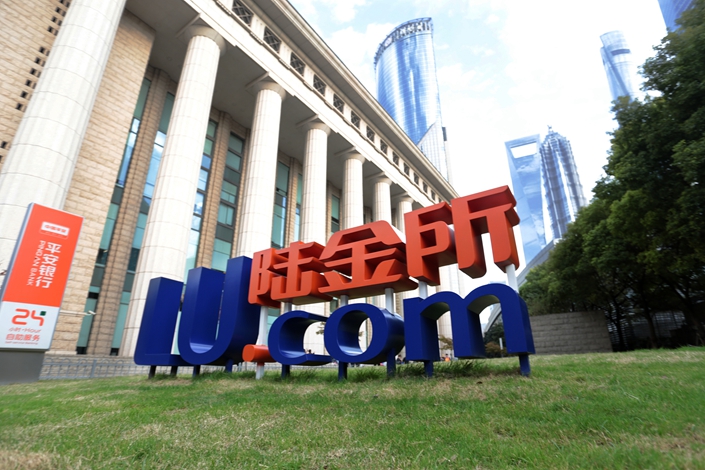 Shanghai-based Lufax is calling time on P2P lending after a three-year campaign by financial regulators to rein in the industry. Photo: VCG

Lufax Holding Ltd., one of China’s largest peer-to-peer (P2P) lending platforms, has won regulatory approval to set up a consumer finance business as it restructures its operations amid a regulatory clampdown that has led to the implosion of the once-booming industry.

Lufax, an associate company of financial conglomerate Ping An Insurance (Group) Co. of China Ltd., was given the green light by the China Banking and Insurance Regulatory Commission (CBIRC) last week, according to a statement (link in Chinese) on the watchdog’s website. A source close to Ping An told Caixin that the new company will take over Lufax’s online lending business.

The Shanghai-based fintech company, in which Ping An owns a stake of more than 40%, is calling time on P2P lending after a three-year campaign by financial regulators to rein in the industry in the wake of a string of scandals that left millions of investors nursing heavy losses.

Provincial watchdogs who oversee platforms registered in their regions have ordered the closure of dozens of companies that have failed to comply with new, stricter requirements for operating, and the CBIRC said in October it is working with local authorities on a plan to transform those who survived the cull into microlenders, using their own money to make loans rather than acting as intermediaries for other lenders.

Some platforms with sufficient capital and professional management capabilities have been encouraged to apply for licenses to branch out into consumer finance, making loans to individuals to buy products or services when they are unable to pay in cash or with a credit card.

The draconian clean-up campaign of the P2P lending industry underway since 2016 has seen a collapse in the number of functioning platforms. At the peak of the boom in late 2015, there were more than 3,600 platforms, but by the end of October 2019, the number had shriveled to just 572 according to Wangdaizhijia (link in Chinese), an internet portal that tracks the sector.

New lending was just 57 billion yuan ($8.1 billion) in October, down from 69.7 billion yuan in September and 44.2% lower than a year earlier, the data show. At the height of the lending boom in late 2016 and early 2017, platforms were facilitating loans of as much as 250 billion yuan a month.

Other big players in the P2P sector are also looking at their options as they struggle to adapt to the new regulatory landscape. Shanghai-based Dianrong said in June it was planning a shift in strategy to focus on cooperating with traditional financial institutions rather than individual investors.