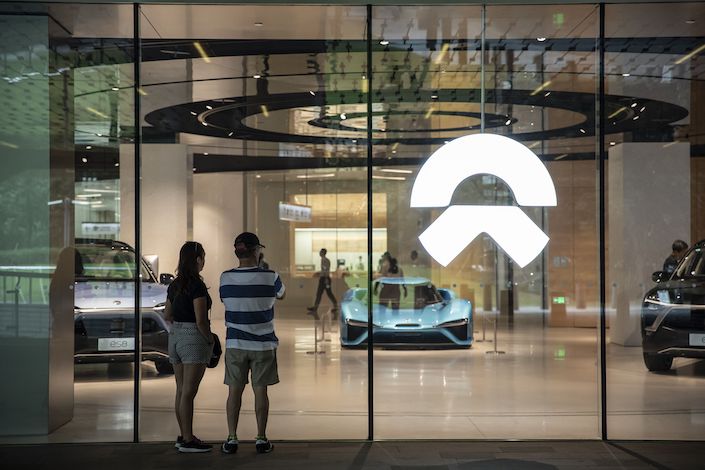 Embattled Chinese electric vehicle maker Nio Inc. reported a slight uptick in deliveries in November from October as the company struggles with a cash crunch, a cooling electric car market, and a crop of foreign entrants.

Nio delivered 2,528 cars in November, consisting of 2,067 ES6s and 461 ES8s, the company said Thursday. The total represents the fourth consecutive month that sales have risen, but November deliveries were only two cars higher than in October, marking a dramatic deceleration from previous months. In October, Nio’s sales grew 25% month-on-month.

Once considered a domestic challenger to American electric vehicle (EV) giant Tesla, Nio has struggled to secure funding after burning through $5 billion in four years while delivering fewer than 30,000 cars. It also recalled almost 5,000 vehicles earlier this year over battery safety concerns.

In response to low sales, the carmaker cut its workforce by more than a tenth as of the end of the third quarter compared with the start of the year. Last month, the company hired an analyst as its chief financial officer after the previous one resigned, Bloomberg reported.

In an effort to counter a months-long slump in the industry following steep subsidy cuts, China’s Ministry of Industry and Information Technology (MIIT) raised sales targets for new-energy vehicles including EVs to a quarter of all car sales by 2025 from a previously planned 20%.

As of November, electric car sales fell for at least four months, while China’s overall auto market has sustained a general decline for nearly a year and a half.