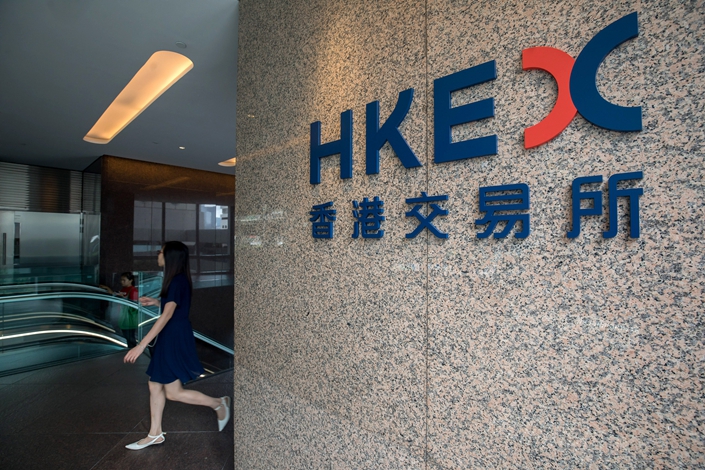 The first Mainland China medical device-maker to list in Hong Kong wowed investors in its trading debut Tuesday, finishing the day up over 30%.

Founded in 2009, the company is China’s leading maker of transcatheter aortic valve replacements (TAVR). More of its valves were implanted in heart disease patients than any other manufacturer last year, and market research firm Frost & Sullivan says it had 79.3% market share for the devices. Its VenusA-Valve product was the first TAVR approved by China’s National Medical Products Administration. Only a handful of TAVRs have been approved by the country’s medical device watchdog since VenusA-Valve went to market in August 2017.

Transcatheter aortic valve implantation is a minimally invasive medical procedure to replace a narrowed aortic valve that fails to open properly. Like a stent placed in an artery, the mechanical valve replacement is inserted into the aorta without removing the natural valve. The procedure can improve survival rates for people who are considered at intermediate or high risk of complications from traditional surgical aortic valve replacement, and people who can’t undergo open-heart surgery.

According to Frost & Sullivan, the global transcatheter aortic valve replacement market expanded at a compound annual growth rate of 27.9% from 2014 to 2018, growing from $1.5 billion to $4.1 billion, and forecast to reach over $10 billion in 2025. China’s TAVR market is at a relatively early stage of development, estimated to balloon from $28.7 million in 2018 to nearly $1 billion by 2025.

Most of Venus ’income comes from sales of its flagship VenusA-Valve product. The valve accounts for at least 95% of the company’s total revenue, bringing in 86.2 million yuan in the five months ended May 31, according to the IPO prospectus.

The company said its strategy is to leverage its experience with the VenusA-Valve to develop and commercialize other such valves and medical products in China, but estimates that sales of VenusA-Valve will continue to make up the bulk of its income in the near term, which is listed as one of its risk factors.

Venus plans to spend 65% of the funds it raised on research and development, and commercialization, 10% on payment of expenses related to its acquisition last year of another medical device company, Keystone Heart Ltd., 15% on expansion of its product portfolio through internal research and/or potential acquisitions, and use 10% for working capital.

Venus Medtech has received more than 10 rounds of funding from investors including Sequoia Capital China, Goldman Sachs, and DCP Capital.

The company had originally planned to list on China’s Sci-Tech innovation board (STAR Market) and even went so far as to file materials in March with its provincial securities regulator, but turned to the Hong Kong bourse after obtaining approval from authorities in late July.

Venus Medtech stock closed down 3.14% at HK$41.70 on its second trading day Wednesday.