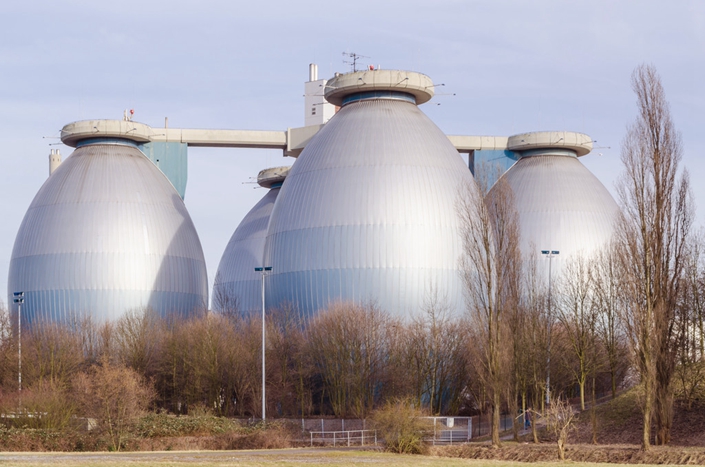 Experts say the sector’s poor performance is turning investors off

Biogas plays a tiny role in China’s energy mix now, but the country’s top economic planner wants to massively expand production, adding almost 10 billion cubic meters of capacity by 2025, and then doubling the total over the following five years.

These production targets are ambitious — this year China produced 60 million cubic meters of biogas. However experts and industry players say big changes will be needed to make the sector attractive to investors.

The goals were set in the National Development and Reform Commission’s (NDRC) new guidelines (link in Chinese) on developing the country’s biogas industry, released on Dec. 19. They follow several other policies issued last year to support the sector’s growth, including a document (link in Chinese) from the National Energy Administration that began to set out the country’s plans in more specific terms.

Biogas is the name given to a mixture of gases produced by the breakdown of organic matter in the absence of oxygen, primarily consisting of methane, carbon dioxide and hydrogen. It can be produced from raw materials such as agricultural waste, manure, sewage, food waste and plant waste. When biogas is burned or oxidized, it releases energy.

The country has massively expanded its demand for natural gas as part of a broader effort to clean up the country’s air by reducing its reliance on dirtier-burning coal, with consumption reaching 302.5 billion cubic meters this year, according to a report (link in Chinese) by the Sinopec Economics and Development Research Institute.

The country has been promoting the biogas industry in part to mitigate dependence on foreign gas imports — which made up 47.8% of the total last year, according to the NDRC, and are set to rise to over half of total supply by 2035.

However plans to grow the industry are being hamstrung by producers’ low profits and basic technology.

Duan Guanjun, head of the investment department of state-owned conglomerate China Energy Conservation and Environmental Protection Group, blamed the sector’s low profitability on many factors, including the absence of a top-down development plan, insufficient production subsidies and competition for local gas supply rights.

Li Xiujin, professor at the Beijing University of Chemical Technology’s College of Chemical Engineering, told Caixin there are three main issues that need to be resolved to make the sector economically viable: the high cost of collecting and transporting raw materials, biogas’ uncompetitive price compared with conventional natural gas, and the difficulty of delivering biogas.

A business owner, who previously invested in the biogas industry, simply said “I don’t do that anymore” due to the high cost of raw materials and waste management.

Zhang Dayong, secretary general of China Biomass Energy Industry Promotion Association, said that most of the biogas’ industry’s revenue doesn’t even come from biogas — about two-thirds comes from turning waste products into fertilizer.

Another issue affecting the biogas sector is its low level of technological development. Most of China’s biogas producers are small operations that use less-advanced methods to produce gas with a methane content of around 50% to 70% — well below the industry standard of 90%. This means much of what is produced cannot be pumped into natural gas pipelines.

To tackle this issue, the NDRC and Ministry of Agriculture and Rural Affairs in 2015 unveiled a program to support the construction of up to 64 large biogas production projects, which up to 50 million yuan ($7 million) on offer for each project. However, only 10 projects have actually gone ahead, according to Zhang.

He called for greater subsidies for the sector, and said that once output meets a certain scale it should be included in the country’s natural gas management system, from which it is now excluded.