China to Import More Than Half of Natural Gas Needs by 2035: Report 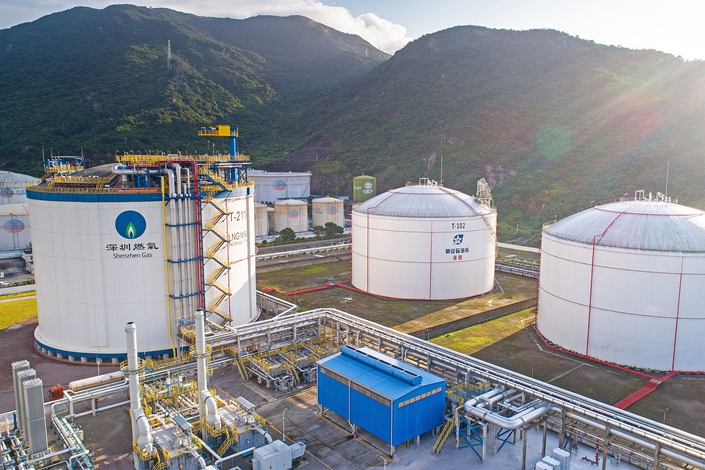 China is expected to import more than half of its natural gas needs by 2035, according to a new report from its leading energy producer, as a Beijing campaign to reduce the nation’s reliance on dirtier coal sharply boosts demand.

Demand for natural gas will reach 610 billion cubic meters per year by 2035, according to an energy outlook report released on Thursday by the CNPC Economics & Technology Research Institute, a research arm of China National Petroleum Corp., the nation’s largest energy producer. By that time, China’s domestic capacity should be about 300 billion cubic meters, the report said.

The reliance on imports for more than half of its total would represent an increase from last year, when foreign sources supplied 47.8% of China’s natural gas needs, according to data from the National Development and Reform Commission, China’s state planner.

China has embarked on an aggressive campaign in recent years to derive more energy from natural gas as part of a broader effort to clean up the country’s air by reducing its reliance on dirtier-burning coal. That campaign has also included strong promotion of renewable energy sources such as solar, wind and hydropower, as well as a big push to boost the number of new-energy vehicles on the road.

The campaign saw China sign two major deals to develop natural gas in the U.S. in 2017. China has also been active in developing the resource in Africa, and has also developed projects with Russia. As China boosts its use of the fuel, it surged past Japan to become the world’s largest importer of natural gas in the first five months of last year.

China’s demand for natural gas is expected to grow strongly each year through 2035 before settling down, fueled by power producers and new-energy vehicle operators, the new CNPC report said. In that process natural gas will go from supplying 8% of China’s total nonrenewable energy last year to 14% in 2035. Expansion of domestic capacity from 161 billion cubic meters per year in 2018 to 300 billion cubic meters in 2035 would require average annual growth of 2.8%, the report said.

To achieve such growth, much of the added capacity is expected to come from unconventional sources, such as shale gas and tight gas. Such sources will grow from 20% of total capacity last year to 50% by 2035.

But shale gas in particular has proven a difficult proposition in China due to the difficult geography and geology where the resource is located. Earlier this year, sources familiar with the matter told Caixin that British giant BP PLC was planning to stop drilling for shale gas in the southwestern province of Sichuan, after negotiating terms to end its tie-up with local partner CNPC.

Earthquakes Are the Latest Setback to China’s Fracking Ambitions

BP would join other international oil and gas giants including Exxon Mobil, ConocoPhillips, Royal Dutch Shell and ENI, that have stopped fracking — which refers to the use of high-pressure liquid to blast through rock to extract oil or gas — for shale gas in China.