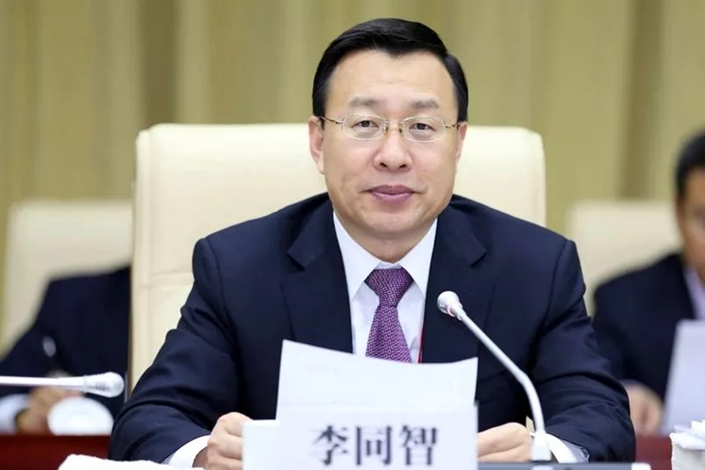 Officials at the Beijing unit of China’s state-owned grid operator have been punished for fabricating the story of an employee working around the clock in a failed attempt to win a prize for the company.

Li Tongzhi was replaced as chairman of Beijing Electric Power Corp. on Nov. 27 and has been suspended from work, an anonymous source told Caixin. This came after the company in March released a fabricated story about a female employee — who, it was claimed, worked a 24-hour shift monitoring a transformer substation in central Beijing — in an attempt to win an annual prize for working women handed out by the All-China Federation of Trade Unions.

The company did not win the prize.

On Sept. 19, Beijing Electric Power said (link in Chinese) that it had punished 19 officials in total, without giving any names, and that it would investigate the fabrication.

The company’s fictional account was published (link in Chinese) on March 3 by the official Xinhua News Agency, accompanied by pictures of the hard-working employee, and has not been removed despite the company’s admission that the story is made up.

A source told Caixin that the photos were undoubtedly orchestrated, as most Beijing substations have been monitored by machines for nearly two decades. Indeed, national broadcaster CCTV in 2017 reported that the specific substation in question had implemented a fully automated monitoring system.

“The official wanted to win the honor, but the story is just not true,” a Beijing Electric Power employee told Caixin.

China has plans to make officials across the country more accountable for falsehoods, especially faked figures. New accountability mechanisms were among the revisions proposed to the country’s Statistics Law in October.

This is just one example of falsification, but this problem is actually widespread at State Grid, an electricity sector expert told Caixin.