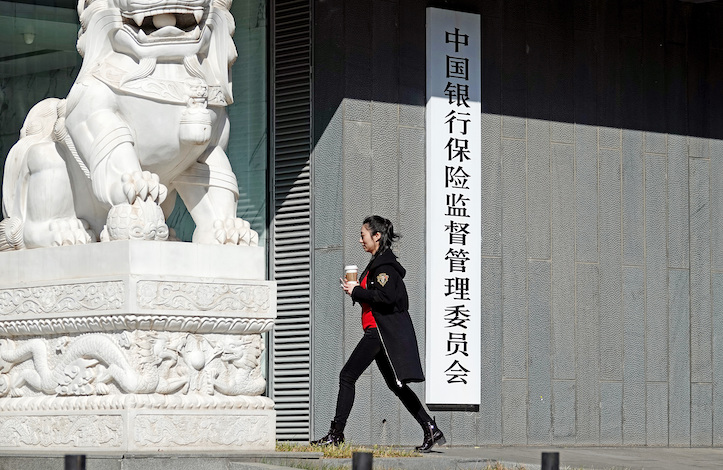 The China Banking and Insurance Regulatory Commission (CBIRC) issued a set of draft rules (link in Chinese) Wednesday for financial leasing companies, which are supposed to provide financial and leasing services to companies, often for purchasing large equipment. However, the industry has drawn regulators’ attention after years of burgeoning growth as many companies engaged in illegal fundraising, risky investments or even fraud.

“Rumors of the new regulation have been around for a while,” one industry source told Caixin on condition of anonymity. “It will lead to a reshuffle in the industry and force out a number of unqualified small players.”

China had 10,900 financial leasing companies with total assets of 4.07 trillion yuan as of the end of June, almost all of which had foreign investments. According to a CBIRC-backed industry data system, only 2,985 of them are conducting normal business operations, while fully 72% have either halted business or are mired in crisis.

In one prominent case last year, the head of a Chinese medical equipment leasing giant was arrested for investigation of fraud by police in southwestern Guangxi province. Remote Horizon Group and its Chairman Han Shanchun were sued by a hospital for contract fraud involving more than 26 million yuan ($3.77 million). Guangxi Pingnan County Second People’s Hospital alleged that a subsidiary of Remote Horizon and a lease financing company failed to deliver medical equipment under leasing contracts.

The new rules would also set requirements to prevent financial leasing companies from concentrating their businesses on certain customers. Companies should cap their outstanding business with a single customer at 30% of net assets and keep their business with connected parties below 50% of their net assets, according to the draft.

Business involving connected parties is very common in the financial leasing sector and is difficult to avoid, the industry source said.

The proposal also would bar financial leasing companies from taking in public deposits or issuing loans.

In a research note by Industrial Securities, analysts Lu Zhengwei and He Fan said regulators will focus on cleaning up the industry and correcting the practices of existing financial leasing companies.

Under the draft rules, financial leasing companies will have one to two years to bring their operations in line with the regulations. No new business licenses will be granted during the period, and local financial regulators will revoke business licenses for those can’t comply.

The proposed package of regulations is open for public comment until Feb. 9.