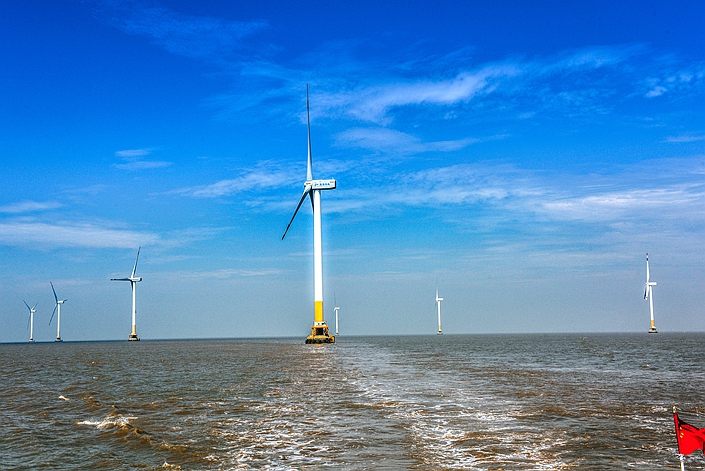 An offshore wind farm near Shanghai's Donghai Bridge, on July 12, 2019.

China is considering scaling back or even ending national subsidies for new offshore wind farms in 2022, state media reported.

If policymakers go ahead with the change, it would mark China’s latest move to back away from financial support for renewable energy as costs come down and the industry becomes more competitive.

Even if China scraps national subsidies for new wind power projects, local governments would still be encouraged to offer subsidies of their own as an incentive to build new offshore wind farms, the state-run Shanghai Securities News reported Tuesday. Offshore wind farms are typically built in the shallow coastal waters, where winds are steadier than on land.

China has been subsidizing renewable power projects like solar and wind for years to offset their higher generation costs compared with conventional power sources like coal and natural gas. But as renewable energy technology has matured, Beijing has gradually rolled back subsidies designed to bolster the industry’s development. Last year, for example, China put an end to subsidies for new solar power projects.

From 2005 to 2018, the cost of building an offshore wind farm has fallen more than 30% as the technology has matured, according to the state-run People’s Daily. That drop in cost is one of the reasons why the government is considering rolling back the subsidies, which are nearly three to four times higher than those for onshore wind power and solar power projects, according to UBS analyst Alex Liu.

In a report, Haitong Securities Co. Ltd. predicted China’s wind power industry would continue to prosper in 2020 and 2021 as more power companies try to connect their wind farms to the national power grid to take advantage of the subsidies while they still can.

However, any rollback of subsidies is likely to dampen investment in new projects in 2022 and after, as it would cut into profit margins, Liu said.

In 2018, China passed the United Kingdom as the world’s largest producer of offshore wind power. It added 1.8 gigwatts (GW) of new installed capacity that year, according to report by the Global Wind Energy Council. The country installed another 1.06 GW in the first nine months of 2019.