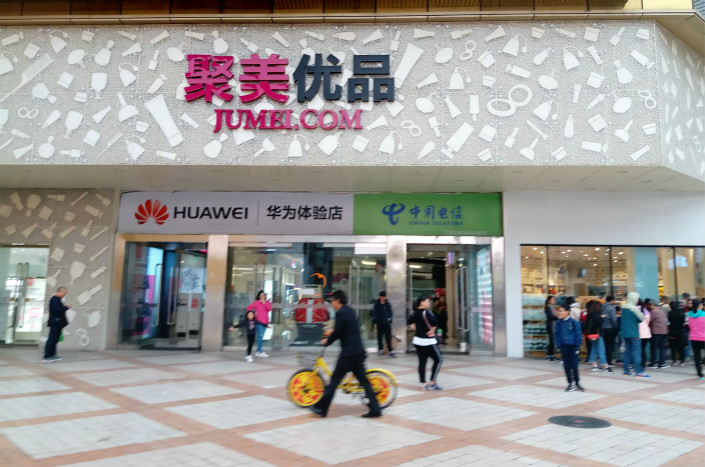 A Jumei cosmetics store in Beijing in October 2017.

Jumei said Sunday that its board had received a letter from its founder and CEO Leo Ou Chen, who said he would pay $20 per share to acquire all of the American depositary shares (ADSs) that he and his affiliates don’t already own, according to a company statement.

Chen will be the sole purchaser, and the all-cash deal will be supported by a third-party consortium through a combination of debt and equity capital, according to a letter attached to the statement. The proposed $20 buyout price represents a nearly 15% premium on the company’s stock price Friday, when it closed at $17.43.

Jumei said it has not yet made a decision on the offer and that it has set up a special committee made up of two independent board members to review the deal.

In late 2017, a similar management-led plan to go private was scrapped after a backlash from shareholders who believed the price offered was too low. That aborted buyout was first announced in early 2016 and was priced at $7 a share, or about one-third of the company’s stock price when it was listed back in May 2014, though when the plan was scrapped the stock was trading at around $3.30.

Jumei was one of dozens of Chinese companies that announced plans to privatize from the New York bourse a few years ago, in a wave that crested in the first half of 2015 when China’s domestic stock markets were in a major rally. Most of those companies believed that their shares had languished and become undervalued due to a lack of appreciation by U.S. investors, and were aiming to relist back in China.

Founded in 2010, Jumei mainly sells branded cosmetic products through its e-commerce platform. The company has seen its business wane significantly over the past few years. In 2018, Jumei handled a total of 4.6 billion yuan ($667 million) of goods through its platform, down from 7.3 billion yuan in 2016. It had net profit of 117 million yuan on revenue of 3.4 billion yuan in 2018, according to its financial report.