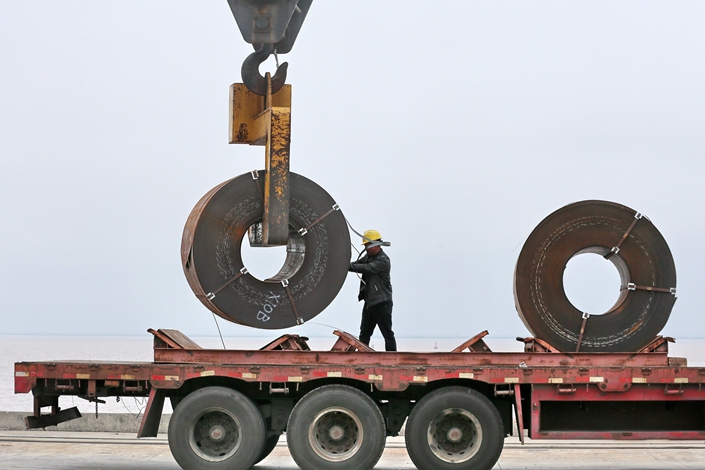 Cedar is a private company with commodity supply chains in Europe, the Americas and Africa.

Cedar signed a contract to acquire the privately held company on Monday during the 2020 World Economic Forum in Davos, Switzerland, the statement said.

The statement noted that the deal is “subject to various completion conditions and approvals” and that the companies will work on completing these terms in the first half of the year. The details of the transaction were not disclosed.

Founded in 1997, Cedar is a private company with commodity supply chains in Europe, the Americas and Africa. It was ranked 361 on the Fortune Global 500 list last year, with reported revenue of just over $40 billion and profits of $844 million.

According to Stemcor’s website, it engages in steel trading and distribution, as well as providing logistics and stockholding services. According to its 2018 financial results, Stemcor had revenue of $1.9 billion that year, up 10% on the year before.

Stemcor CEO Steve Graf was quoted as saying that “transitioning from a supportive but diverse shareholder group to a long-term strategic shareholder is the natural next step for Stemcor.”

This is the latest acquisition Chinese companies have made in the U.K. steel industry, after troubled British Steel was sold to China’s Jingye Group Co. Ltd. in November last year. That agreement involved the Chinese firm purchasing British Steel’s Scunthorpe plant, plus other assets in the U.K., France and the Netherlands. In addition, the Chinese firm pledged 1.2 billion pounds ($1.5 billion) of investment over the next decade.