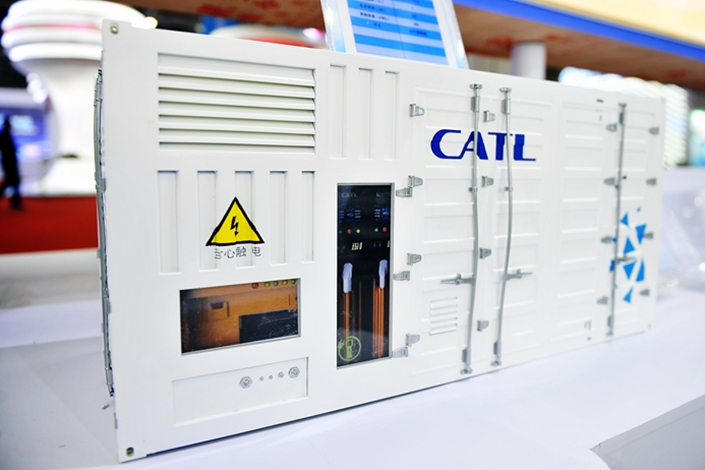 The stock jumped by the 10% daily limit Wednesday to 133.82 yuan. Over the past three months, the stock has surged 66%, boosting the battery-maker’s market cap to 296.5 billion yuan, the highest on the Shenzhen Stock Exchange’s Nasdaq-style ChiNext board.

Based in the eastern Chinese city of Ningde, CATL supplies more than half of China’s electric-vehicle battery market. Its share in 2019 was 50.6%, up 9.3 percentage points from 2018, further distancing itself from rival BYD Co. Ltd. BYD took a 17.3% market share last year, down 2.7 percentage points.

CATL’s customers include Volkswagen AG, BMW, Daimler AG, Volvo, Hyundai and Nissan as well as a number of Chinese auto companies including Nio Inc. In November, Tesla Inc. reached a preliminary agreement to start using CATL as a battery supplier for cars made in China as early as this year, and the companies are in talks to expand the relationship globally, according to people familiar with the matter.

Also in November, BMW, the first global automaker to use CATL’s batteries, said it would increase its purchases from CATL to 7.3 billion euros ($8.1 billion) between 2020 and 2031, up from the initial volume of 4 billion euros under a contract signed in 2018.

CATL’s gain in market share benefitted from sales rebate contracts it signed with automakers, according to a report by Tianfeng Securities.

The company’s battery output was 31.46 Gigawatt hours (GWh) in 2019, a 34% increase from 2018, beating the industry’s average growth of 9%, according to data from industry group China Automotive Power Battery Industry Innovation Alliance.

CATL is also aggressively expanding its capacity. The company has 15 projects under construction, including a battery factory in Germany, according to its half-year report. The company announced a plan in September to build a $1.4 billion manufacturing base in the southwestern city of Yibin.

Meanwhile, the battery-maker faces pressure to reduce the cost of automotive lithium-ion batteries as domestic electric-vehicle makers respond to a major reduction in government subsidies.