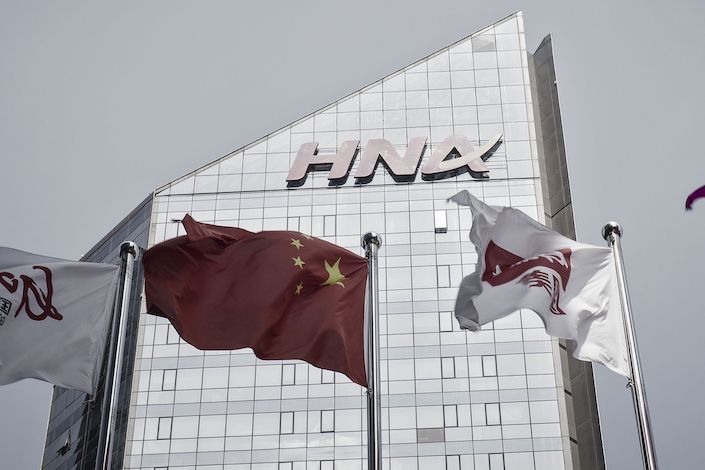 HNA Group Chairman Chen Feng predicted last month that 2020 will be “the decisive year to win the war” against its long-running liquidity challenges. Following a debt-fueled global spending spree, the group has been selling assets ranging from hotels to a container unit to help pare borrowings.

“HNA seems to be surviving despite its huge debt load and pressure to unload assets,” said Andrew Collier, a managing director at Orient Capital Research. Its strategy this year “appears to be to focus on its core business in transportation, and stabilize its finances enough to generate profits,” he said.

HNA has periodically been in the news in recent years for missing payments, hiving off assets and struggling with debts that climbed as high as 598.2 billion yuan ($87 billion). Bloomberg reported in December that it repaid a 1.3 billion yuan bond, avoiding what could have been its first default on a publicly issued note.

The group came into the limelight in 2016 and 2017 after splurging more than $40 billion on acquisitions across six continents. It became the biggest shareholder of iconic companies such as Hilton Worldwide Holdings Inc. and Deutsche Bank AG as well as paying top dollar for high-end properties from Manhattan to Hong Kong.

“We are less optimistic that HNA will be able to get out of the liquidity crises this year,” said Warut Promboon, managing partner at credit research firm Bondcritic Ltd. “The key is that as long as they are on track to deleverage and sell assets, credit facilities by Chinese banks will continue to be available for them and that will enable them to make bond repayments.”