When Will Coronavirus Turning Point Arrive? 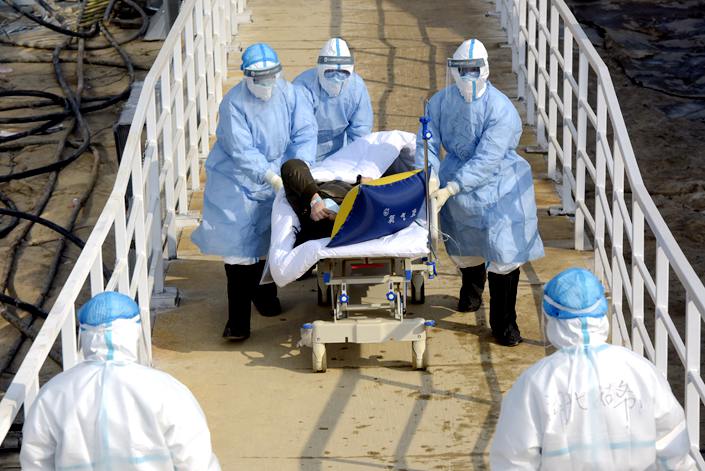 The normally busy streets of Chinese cities remain quiet, with a few metropolises still on lockdown, as the country grapples with the coronavirus.

While the number of new cases and deaths continues to rise, many are hoping that a turning point in the epidemic may come soon and hopefully before the damage — humanitarian and economic — grows even greater.

Feb. 8 marked two milestones. It was the Lantern Festival, the last day of the Lunar New Year celebration, and the day on which many had previously predicted the tide might turn in the fight against the new coronavirus. The holiday, on which people around the country eat sticky rice balls, fell just over two weeks after Wuhan went on lockdown and cut off its public transport links to the outside world. Fourteen days is widely thought to be the upper limit for the virus’ incubation period, though doubts have emerged about this.

So is an inflection point on the horizon? Experts say it hasn’t arrived yet, as cities across Hubei province are still in crisis and treatments are still in the early trial stages, even as people outside the stricken province are set to return to work in the coming days.

Zhong Nanshan, a leading respiratory expert who became famous for his role in the 2003 SARS epidemic, told state broadcaster CCTV (link in Chinese) on Friday that despite the slowing number of new cases being confirmed daily, a turning point hasn’t yet arrived. While the figure is dropping nationally, it’s still climbing to new highs in Wuhan, he said. Zhong had previously forecast that the number of cases would peak in early February before declining, but in an interview with Reuters this week he moved his estimate toward the end of the month.

According to Zhang Wenhong, leader of a Shanghai medical team working on the virus, the proportion of the country’s total cases in the province at the heart of the outbreak is still rising, reaching 81% last week as it also continues to spread in cities apart from Wuhan, Zhang said. This could also be a result of many suspected cases being confirmed as test kits become more accessible.

However Zhang warned that even as growth in the virus outside Hubei seems to be slowing, the outbreak is on track to enter a stage of second-generation local infections. This stage involves the virus spreading to people who have neither traveled to Wuhan nor been in contact with anyone who has. Moreover, as people return to work, this kind of infection will become more likely, so local governments will have to improve their screening and diagnosis capabilities, Zhang wrote.

Mathematicians from the Shanghai University of Finance and Economics and Fudan University co-published an analysis of the outbreak on Wednesday that argues that under the current disease control and prevention measures, the total number of cases in the country will stop rising by the end of February.

But Wang Chen, director of the Chinese Academy of Medical Sciences, said (link in Chinese) in an interview with CCTV last week that there isn’t enough reliable data yet to predict when the inflection point will come, as it still remains unclear how many people are infected presently, especially in the worst-hit areas.

Zhao Ning and Huang Huizhao contributed to this report.