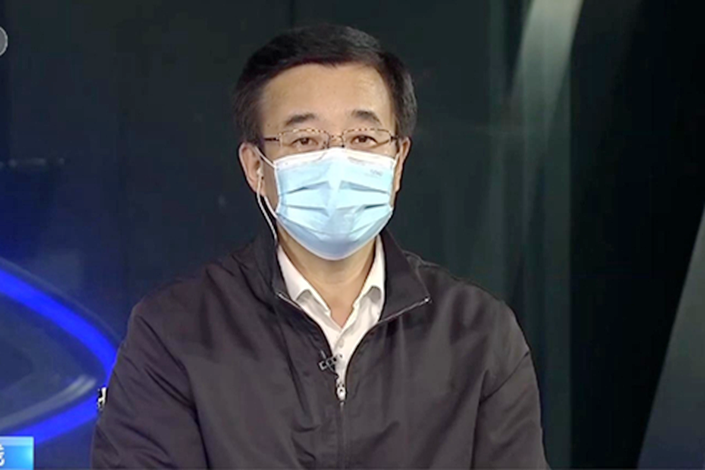 One of China’s foremost public health experts has said officials should prepare for the possibility that the deadly new coronavirus may continue to infect people in the long term.

Wang Chen, a renowned respiratory expert and vice president of the Chinese Academy of Engineering, told state broadcaster CCTV on Wednesday that outbreaks of the disease known as Covid-19 could keep occurring in the future in a similar way to seasonal flu.

His words come as scientists both in China and around the world race to develop a vaccine that would protect people from the pneumonia-causing pathogen before they are exposed to it. While the WHO has predicted a vaccine may be available within 18 months, other scientists have warned that the process may take up to two years.

Wang compared the current epidemic with the outbreak of severe acute respiratory syndrome (SARS) that infected thousands of people across southern China in 2002 and 2003 and led to 774 deaths worldwide. The SARS virus was highly contagious but also highly pathogenic, Wang said, meaning it caused severe illness and often killed those who contracted it before they could pass it on. In contrast, the new coronavirus is highly contagious but less pathogenic, raising the likelihood that it will continue to spread through the population.

Disease prevention bodies should “make preparations that account for the characteristics of this disease and its pathogeny” by studying its biological characteristics and infection patterns and developing corresponding clinical measures to prevent, diagnose and treat it, Wang said.

During the 20-minute interview, Wang also gave updates on the situation in Wuhan, the disease-stricken central Chinese city where he is currently based.

While the city has nearly plugged its initial shortage of hospital beds, Wang said he was concerned that late hospitalizations may be hindering efforts to staunch the spread of the outbreak. Efforts are continuing to limit person-to-person transmission by closing off residential communities and isolating patients who could spread the disease to others, he said.

Read More
In Depth: How Wuhan Lost Its Grip on Thousands of Suspected Coronavirus Cases

The total number of infections in Wuhan remains unclear, according to Wang.

“The new coronavirus may undergo a certain amount of change. As we deepen our familiarity with its biological characteristics, we will draw up some corresponding medical prevention, diagnosis and cure methods and make the equivalent preparations and preventive measures,” he said.

Wang said limited observations indicated that people who have recovered from the disease can restore the health of their damaged lungs, but that further examination was required to confirm this.