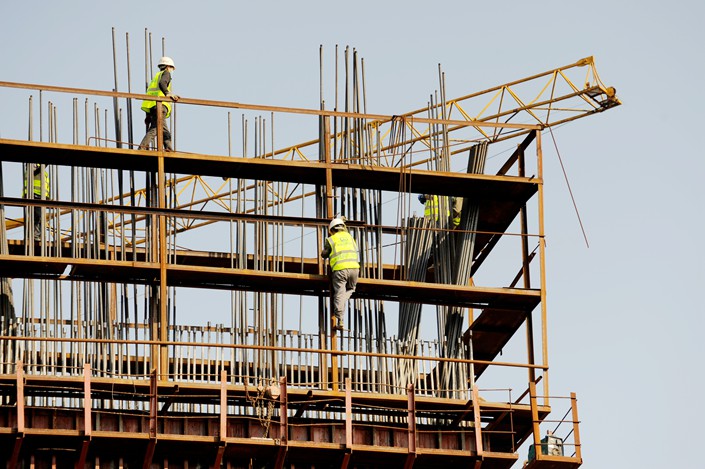 China’s local governments issued a record amount of debt in the first two months of 2020 as they prepare to step up spending on infrastructure and public health, responding to calls by the country’s leaders to shore up a slowing economy that’s been battered by the coronavirus epidemic.

In the first two months of 2020, local governments sold 1.2 trillion-yuan ($172 billion) of bonds, 56.4% more than the same period last year, data released (link in Chinese) Tuesday by the Ministry of Finance show. Issuance of special-purpose bonds (SPBs) almost tripled to 949.8 billion yuan from 326.1 billion yuan after the central government increased the annual quota of the debt that could be issued early, while sales of general bonds plunged to 273.2 billion yuan from 456 billion yuan, the data show. SPBs are meant to be used for projects that are commercially viable and must be repaid from income generated from the specific projects they fund. General bonds are paid back out of fiscal revenue.

Local authorities are under pressure to ramp up infrastructure spending to support the economy after China’s gross domestic product (GDP) growth slid to its lowest in 29 years in 2019 and as the government ensures it meets a target of doubling real GDP and per-capita income in 2020 from 2010 levels. The Ministry of Finance in November made an early allocation of its 2020 SPB quota totaling 1 trillion yuan and handed out a further 290 billion yuan in February when it also announced an early allocation of quotas for general bonds of 558 billion yuan.

About 67% of the proceeds from the sales of SPBs have been earmarked for infrastructure construction, including urban and rural utilities, transport and industrial parks, with some funds also going to environmental protection and other public welfare projects, brokerage GF Securities Co. Ltd. wrote in a Monday report (link in Chinese). In the first two months of the year, local governments used up 73.6% of the 1.29 trillion yuan early allocation of SPBs and, so far, only two of the country’s 31 provincial-level governments have failed to issue any such debt — Tibet and Ningxia, both remote, sparsely-populated regions in western China.

The need to spur investment and bolster GDP growth has taken on added urgency since January as the deadly coronavirus epidemic spread across the country, shutting down large swaths of economic activity. Amid calls by the State Council to speed up spending, many local governments have announced plans for major investment projects.

Guizhou province in Southwest China said it will start another batch of construction projects by the end of March, adding to the existing first-quarter plan of 432 projects. “We must make up for lost time and make good any losses,” Zhan Yiqin, the province’s governor, said Friday at a meeting (link in Chinese) of local officials to discuss economic support amid the ongoing epidemic. Guangdong province, China’s export powerhouse that borders Hong Kong, has vowed to add over 100 billion yuan to the existing 700 billion yuan of government-driven investment planned for this year, with a focus on improving the weak links exposed by the epidemic such as public medical facilities and rural development.

Improving public health has become a new priority on local governments’ investment agenda as the coronavirus outbreak has exposed holes in the system. Several provincial-level governments have added hospital construction and expansion projects to their investment plans for 2020. The government of Zhejiang in eastern China said (link in Chinese) in a Feb. 19 statement that it will give priority to supporting projects such as health care, railways and airports that are to start construction by the end of June.

The Ministry of Finance has now reached the ceiling for early allocation of special-purpose bonds allowed under rules introduced by the country’s legislature that permit the advance disbursement of quotas for as much as 60% of the previous year’s total allocation. The full 2020 SPB quota and general bonds quota for local governments needs approval from the annual meeting of the National People’s Congress (NPC), but the gathering, which was due to start on March 5, has been postponed because of the coronavirus epidemic and no new date has been set. That means in theory, the ministry, which has not yet officially announced the 2020 quotas, cannot release the rest of the year’s allocations to local governments on schedule.