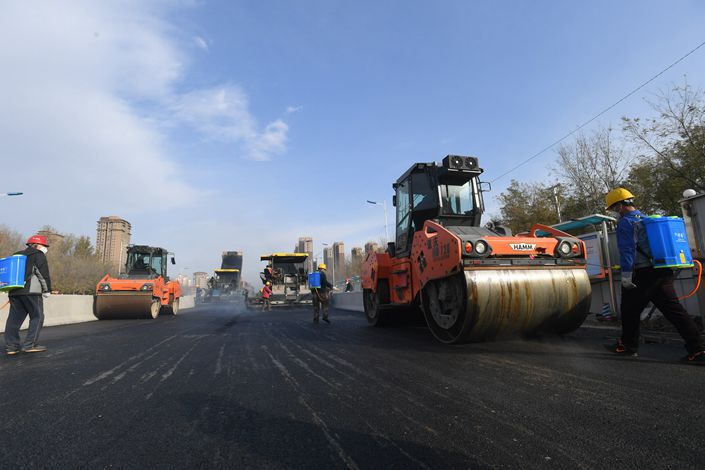 China’s provincial-level governments have been given the green light to issue a further 290 billion yuan ($41.6 billion) of special-purpose bonds (SPBs) early, adding to the 1 trillion yuan of such debt approved in November to boost infrastructure spending amid a slowing economy that’s set to take an additional hit from the coronavirus epidemic.

The Ministry of Finance announced (link in Chinese) the additional quota on Tuesday as part of a second round of early allocations of local government debt that included a further 558 billion yuan of general bonds. SPBs fund infrastructure and public welfare projects that are commercially viable and must be repaid from income generated from the specific projects they fund while general bonds are paid back out of government fiscal revenue.

The latest announcement takes the total early issuance of SPBs to 1.29 trillion yuan, the maximum allowed under rules introduced by the country’s legislature that permit the ministry to disburse quotas for as much as 60% of the previous year’s allocation before final approval is given by the National People’s Congress in March.

“Local governments are required to do a good job in the issuance and use of special bonds,” the ministry said in a separate statement (link in Chinese) on Monday. “They should issue them early and use the proceeds early so that they can effectively spur the economy as soon as possible.”

SPBs were introduced in 2015 as part of efforts to clean up local government finances and make their debt more transparent. The annual quotas have grown significantly as the government has increasingly relied on infrastructure spending to support economic growth as other engines driving the economy have slowed. Annual debt quotas were originally issued after approval by the National People’s Congress at its annual session in March, but the legislature’s standing committee passed a bill in December 2018 allowing the Ministry of Finance to assign up to 60% of the quotas early in an effort to push more spending into the first quarter of the year and help local governments better plan their budgets.

With economic growth slowing more than expected during the course of 2019, the State Council in September announced the early allocation of SPB quotas for 2020, stating that the proceeds should be used in projects such as transportation, energy, environmental protection, utility, healthcare and education.

In the first month of 2020, 26 provincial-level regions issued 714.8 billion yuan of SPBs, accounting for 55.4% of the 1.29 trillion yuan early quota, more than three times the percentage of the quota used in the same period last year, the Ministry of Finance said in a separate statement (link in Chinese).

The early sale of local government bonds to boost economic growth has taken on added urgency since the coronavirus outbreak started to spread in January. As part of efforts to prevent the spread of the virus, the central authorities extended the week-long public holiday over the Lunar New Year, locked down dozens of cities including Wuhan, the epicenter of the outbreak, and ordered factories and offices to delay restarting operations until mid-February. Local government revenue is also taking a hit from the virus as authorities cut taxes and fees for some companies and allow businesses to delay paying their taxes.

The slump in economic activity has prompted economists to cut their forecasts for first-quarter growth. Analysts from consultancy CEBM Group Ltd., a subsidiary of Caixin Insight Group, estimate the year-on-year increase in gross domestic product (GDP) for the first quarter could be 1 to 1.5 percentage points lower than their original scenario, and, for the whole year, they expect GDP growth to be 0.3 to 0.5 percentage points lower than they had previously projected.

Economists expect fiscal spending will increase this year to fight the virus and shore up the economy. The government has been loath to see its fiscal deficit rise to more than 3% of GDP, seeing that level as a red line that would increase fiscal risks. Premier Li Keqiang in March set the government’s budget deficit for 2019 at 2.76 trillion yuan, or around 2.8% of GDP, up from 2.6% in 2018.

But Wang Tao, chief China economist at UBS, expects the government to raise the ratio to more than 3% this year as it increases spending on the healthcare system and provides more financial support to residents and businesses affected by the epidemic. It will also increase its support for infrastructure investment financing, she wrote in a Caixin article (link in Chinese) on Wednesday.