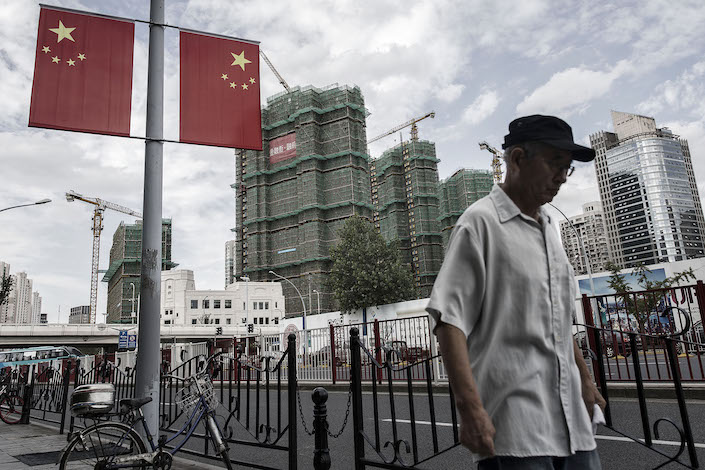 Chinese property developers stepped up borrowing through bond sales to ease capital pressures as the Covid-19 outbreak slammed the brakes on the housing market. They are benefiting from sharply lower rates as authorities pump liquidity into the financial system.

During the week of March 5-11, major property companies issued 22 bonds totaling 29.2 billion yuan ($4.17 billion), up 38.4% from the previous week, according to real estate data cruncher CRIC.

Developers are picking up the pace of borrowing to supplement capital flows as the novel coronavirus outbreak slows housing sales. As people stayed home since January, developers across the country have experienced sharp sales declines. In February, total sales by China’s top 100 developers plunged 43.8% from the previous month and 37.9% from a year ago, according to CRIC.

The rush to borrow via bond sales also reflects a sharp drop in financing costs. The average cost of bonds sold by Chinese developers was 5.68% in February, down from 8.23% the previous month. The average cost in overseas bond sales was 7.49%, 1.55 percentage points lower than in the previous month. The onshore cost dropped 0.86 of a percentage point to 3.64%, according to CRIC.

A bond market analyst said developers are benefiting from lower borrowing costs this year mainly because of more ample liquidity in the market. In addition, investors are betting that regulators will soften controls on the housing market to shore up the economy this year, the analyst said.

Policymakers adopted tough restrictions on developers’ fundraising last year to contain corporate debt risks. According to a policy issued in July 2019, developers could use money raised from overseas bond markets only to repay existing debts.

Many developers were also required to use funds raised from domestic bond sales only for debt repayment even though no policy was issued for such a limit, said another analyst at a brokerage house.

It is unclear whether developers will maintain the pace of bond sales, analysts said, as demand for borrowing will be determined by the performance of the housing market.