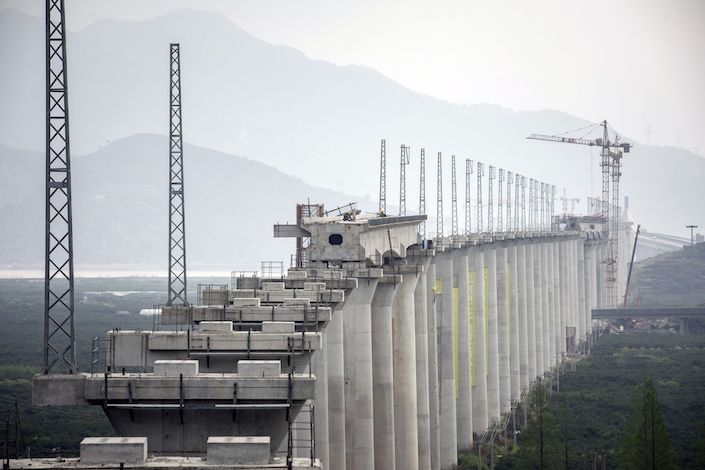 The pilot program will allow the issuance of REITs backed by profit-making infrastructure projects that will be traded publicly like stocks, according to a statement (link in Chinese) jointly issued by the National Development and Reform Commission (NDRC) and the China Securities Regulatory Commission (CSRC).

China is stepping up efforts to accelerate infrastructure spending and support business financing as the world’s second-largest economy grew at the slowest pace in decades amid the Covid-19 outbreak. Beijing has allowed more local government bond sales to encourage spending, cut key rates to improve liquidity and most recently launched listing reform on Shenzhen's start-up board ChiNext to make it easier for companies to raise funds.

REITs are a collective investment concept in which people can buy shares in a company that owns, operates or finances income-producing properties. Like mutual funds, REITs are popular with investors in developed markets like the U.S. But the products have remained marginal in China.

China currently allows only quasi-REITs in the property sector that are sold to qualified institutional investors, making the products more similar to asset-backed securities than to REITs. In 2015, China Vanke Co., one of the country's biggest property developers, teamed up with Penghua Fund Management to launch the country’s most REIT-like financial product for public investors, which has remained the only one.

The new pilot test of publicly-sold REITs in the infrastructure sector will “free up capital for reinvestment, increase direct financing and reduce corporate leverage,” the regulators said in the joint statement.

The trial will focus on projects in major economic areas including the Beijing-Tianjin-Hebei region, the Yangtze River Delta and the economic zone along the river, the Xiongan economic zone, the Hong Kong-Zhuhai-Macao area and Hainan province, according to the statement.

Preferred projects include logistics and warehouses, toll roads and transportation infrastructure, urban utilities, sewage and garbage processing, information networks and others in strategic and emerging industries.

Local development departments will screen proposals and report to the NDRC, which will recommend qualified projects to the CSRC for review, according to the statement.

Projects qualified for securitization must have clearly defined ownership and the ability to generate stable income. Owners and operators should have sound operating capacity and not have any record of violations in the past three years, the regulators said.

Investors have long expected development of the country’s REIT market, but progress was hindered by legal, regulatory and tax issues. China’s central bank Governor Yi Gang in 2018 said the delay in the development of China’s REIT market was partly due to the lack of liquidity of underlying assets.

The Thursday statement didn’t address those issues but said regulators will study related rules and coordinate to solve issues during the pilot program.