In Depth: Pressure Grows on China to Step Up Help for Economy 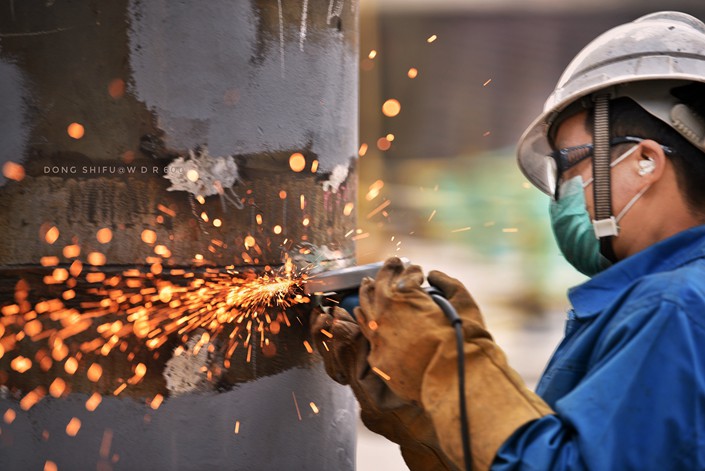 Despite signs that the economy is slowly getting back to normal, millions of small businesses and households are battling to survive, and unemployment, especially among migrant workers, has remained elevated.

The collapse in China’s economic growth caused by the Covid-19 pandemic has prompted calls for the government to roll out more monetary and fiscal policies to support businesses and households as they struggle to recover.

Despite signs that the economy is slowly getting back to normal, millions of small businesses and households are battling to survive, and unemployment, especially among migrant workers, has remained elevated. Over the past two months, the government has taken a series of measures to spur economic activity including lowering borrowing costs, releasing billions of yuan of liquidity to encourage bank lending, cutting or waiving taxes and fees and offering preferential policies to businesses worst hit by the coronavirus outbreak.

Policies have focused mainly on the traditional stimulus measures of bank lending and infrastructure spending, which may not be sufficient this time around, some economists said. China has so far eschewed measures introduced in many countries that involve handing cash to low-income households and those who have lost their jobs, but there are signs the sands may be shifting amid calls from economists for direct cash transfers to low-income families.

The State Council, China’s cabinet, on Tuesday announced plans to expand coverage of unemployment insurance to migrant workers and provide some welfare benefits, including the minimum subsistence allowance, to all eligible families in both urban and rural areas. It also raised the floor on the proportion of investment that state-funded infrastructure projects can earmark for wages to 15% from 10%.

“China has in recent decades been more keen to channel money to business and the financial sector during crises than to people,” Louis Kuijs, head of Asia economics at research firm Oxford Economics, told Caixin in an interview on Monday. “It makes sense to scale up support for people who lost their incomes and other people in need. It would also reduce the worries among other people about the risk of losing one’s job and the financial consequences. These worries are currently one of the key reasons why people are reluctant to go out and consume.”

Government data released last week revealed the scale of the havoc the coronavirus epidemic wreaked on the Chinese economy in the first quarter of the year. Gross domestic product (GDP) fell 6.8% year-on-year in the January to March period, the first quarterly contraction since the data series began in 1992. Fixed-asset investment fell by 16.1% and retail sales sank by 19%.

The official surveyed urban unemployment rate at the end of March was 5.9%. That was marginally down on February’s 6.2%, which was the highest since the data series began in 2017, but up from 5.2% a year earlier. However, as the indicator excludes millions of migrants who leave their hometowns in search of work, it doesn’t give a true picture of the scale of unemployment across the country. Wang Tao, head of China economic research at UBS Investment Bank AG, estimated that at the end of March, the number of people who had not returned to work or had lost their jobs was at close to 80 million.

Incomes have come under severe pressure — government data show per capita disposable income fell by 3.9% year-on-year in the first quarter in real terms, down from a 5.8% increase for the full year 2019 and 6.8% a year earlier.

Many analysts expect GDP will continue to shrink in the second quarter, albeit at a narrower pace, as consumption slowly recovers and the global spread of the pandemic hits overseas demand and disrupts global supply chains. That’s bad news for jobs and spending.

The government has already taken measures through fiscal and monetary policy to support companies as they resume operations. Writing in Caixin (link in Chinese), Wang from UBS calculated that the fiscal stimulus had reached 1.2 trillion yuan ($169.4 billion) as of early April, mostly consisting of tax and fee cuts for businesses. The central bank has also channeled cheap funds to the financial system by cutting policy rates to enable banks to cut interest rates on loans. Financial institutions offered 2.85 trillion yuan of new yuan-denominated loans last month, the highest figure for the month of March since data began in 1992.

But the measures taken so far are quite moderate compared with the massive aid packages unveiled by governments in the U.S. and Europe. “It seems major stimulus is distinctly unpopular in Beijing, with policymakers emphasizing worries about adding to leverage and financial instability,” Kuijs from Oxford Economics said.

The State Council’s statement on Tuesday followed a meeting of the Politburo, the Communist Party’s top decision-making body, the previous Friday that indicated a bigger package of support was on the way. A Politburo meeting at the end of March had already approved an increase in the national quota of special-purpose bonds along with a bigger fiscal deficit and the issuance of special treasury bonds for the first time since 2007.

“China will use stronger macro policy tools to cushion the epidemic fallout,” according to an official read-out of Friday’s Politburo meeting. It called for more proactive fiscal measures such as issuing special government bonds and increasing the issuance of local government bonds. The government should also “fully leverage” monetary policy tools such as reserve requirement ratio cuts, interest rate reductions and relending.

Economists’ estimates for the size of China’s stimulus and support package vary from around 2% to 10% of GDP, which, based on 2019’s nominal GDP of 99.1 trillion yuan, would equate to 2 trillion yuan to 10 trillion yuan.

Feng Xuming, a researcher specializing in monetary and fiscal policy at the Chinese Academy of Social Sciences, said he expects the government to start rolling out measures during the current quarter and estimates they could be in place for up to two years depending on how the economy responds. The package is likely to include a mix of stimulus and relief measures amounting to around 7.5% of GDP, he said.

“Relief measures could include direct cash transfers to struggling households and measures to help small businesses and the job market,” Feng told Caixin. “Stimulus measures will focus on sectors including infrastructure investment, education and shantytown renovation.”

Economists from Nomura International (Hong Kong) Ltd. estimated that the stimulus package will be worth about 10% of China’s GDP, or 10 trillion yuan, with much of the funding provided by the issuance of central and local government bonds and via bank lending spurred by cuts in reserve requirement ratios and the central bank’s own lending facilities.

“However, unlike in previous easing cycles, when most new credit was directed towards finance spending infrastructure, property and consumer durable goods, this time we expect most new credit to be used on financial relief to help enterprises, banks and households survive the Covid-19 crisis,” they wrote in an April 17 report. “Most new credit raised by governments could be used to offset slumping tax and land sale revenues.”

Wang from UBS forecasts a fiscal and quasi-fiscal stimulus worth over 2% of GDP and that infrastructure construction will get much of the money. “(Policymakers should) push for more public spending, including on infrastructure, to create more public demand to buffer the large decline in private demand, and create jobs,” she told Caixin.

The government should also consider direct cash transfers to households in need, ideally as much as 1 trillion yuan, although Wang said she did not expect the government to go that far. “Even 100 billion yuan to 200 billion yuan of income support would be good,” she said.

Policymakers appear to have reached a consensus that fiscal policy will need to shoulder a bigger part of the burden than it did in the stimulus unleashed during the global financial crisis of 2008 and 2009, when monetary policy and bank lending did most of the heavy lifting. The consequences of that strategy were a massive increase in corporate borrowing that sent China’s debt-to-GDP ratio in the decade after the crisis surging to 253.1% in 2018 from 138.4% at the end of 2008, data from the Bank for International Settlements show.

The total debt burden, which is now estimated at more than 300% of GDP, has made it more difficult for the government to rely on bank lending and corporate debt to support the economy and left it with little option but to turn to fiscal spending as official government borrowing as a percentage of GDP is relatively low.

Policymakers have traditionally been reluctant to let the budget deficit-to-GDP ratio exceed 3%, seeing this as a red line that shouldn’t be crossed. But the Politburo has now given the green light for more government debt and many economists expect the official deficit-to-GDP ratio to top 3% this year, up from 2.8% in 2019, to generate more firepower to aid the economic recovery.

The government has yet to officially announce its fiscal spending plans for 2020 and its targeted budget deficit because of the delay in holding the annual meeting of the National People’s Congress, which must by law approve the numbers. But the Politburo has already given the go-ahead for a higher budget deficit and more spending, a sign of the leadership’s growing concern about the state of the economy and the growing financial distress faced by millions of low-income workers.

Calls for more direct fiscal support are growing as the scale of the impact on low-income families becomes more evident. The latest quarterly China Household Finance Survey from Sichuan province-based Southwestern University of Finance and Economics released on Tuesday makes for grim reading. It showed that households with annual incomes of less than 50,000 yuan had borne the brunt of the pandemic as their earnings fell and job security deteriorated, prompting an increasing number to try to borrow money to survive.

Gan Li, an economics professor at the university who leads the survey team, told Caixin last month the government should provide a one-time cash transfer to low-income people to help tide them over and stabilize consumption.

The China Finance 40 Forum, a finance and macroeconomic think-tank that counts many prominent economists as members, added its voice to the debate on Sunday, urging the government to offer temporary subsidies to households where the main breadwinners haven’t been able to get back to work.

This story has been updated to remove a figure that estimated the number of unemployed when the official surveyed urban unemployment rate was 5.9%.