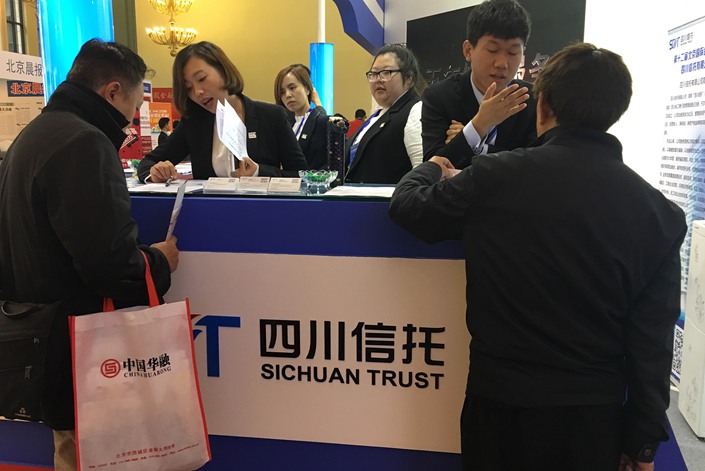 Sichuan Trust Co. Ltd. denied that it would be taken over by regulators and said its operations remained normal.

Sichuan Trust Co. Ltd. has denied rumors that it is about to be taken over by regulators and said it continues to operate normally.

In response to rumors that its capital pool business had been frozen and it would soon be taken over by regulators, the midsize Sichuan-based firm said in a statement (link in Chinese) Monday that “the false information has seriously denigrated our reputation.” The firm also said that it might take legal action against the originators of the false information.

Sichuan Trust told Caixin that local regulators would sporadically visit to conduct onsite inspections, but would always give advance notice. However, a source close to local regulators said that the local banking watchdog has recently sent over staff to work onsite at the company every day.

In October and November 2019, a team of inspectors from the China Banking and Insurance Regulatory Commission visited Sichuan Trust and raised some rectification suggestions, the company said in its 2019 annual report (link in Chinese), without elaborating.

Over the past year, Chinese regulators have stepped in to help multiple troubled financial institutions as the government continues its campaign to reduce risks in the financial system. In May 2019, Baoshang Bank Co. Ltd., a regional lender controlled by mysterious billionaire Xiao Jianhua, was taken over because of what regulators described as the bank’s “severe credit risk.” A new bank has been set up to replace the troubled regional lender.

CEFC Shanghai Securities Co. Ltd., a brokerage previously controlled by energy magnate Ye Jianming, has also been taken over. Regulators have revoked all of the brokerage’s licenses due to illegal actions including extending financing to its parent company.

Both Xiao and Jian have fallen under investigations by Chinese authorities, Caixin previously reported.