What to Watch for in China’s Long-Delayed Two Sessions 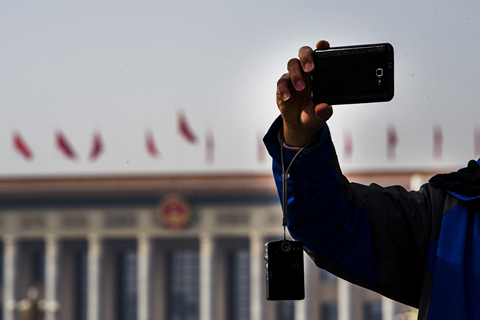 China’s annual sessions of its top legislative and political advisory bodies will convene next week in Beijing.

How will China map out a recovery for its virus-hit economy, and what’s in the government’s policy toolbox? The answers may be unveiled soon.

After being postponed for months by the coronavirus pandemic, China’s annual sessions of its top legislative and political advisory bodies will convene next week. The events, the most important political gatherings every year, will provide a clearer picture of how China plans to deliver more balanced, healthier growth.

The Covid-19 pandemic exacted a painful toll on the world’s second-largest economy, which was already slowing before the outbreak. Nearly three months of aggressive lockdown measures at home to stop the virus and its continued ravages abroad are complicating China’s efforts to recover.

Policymakers have announced a raft of monetary and fiscal measures to aid the economy. At a March 27 meeting of the Politburo, unusual efforts including a higher budget deficit and special treasury bonds were proposed, though no details have yet been provided.

Economists have predicted that further measures and a detailed roadmap will be unveiled during the annual meeting of the National People’s Congress (NPC), which starts May 22. The meeting will also reveal major policy targets for this year, including the goals for gross domestic product (GDP) growth.

Here are some key issues:

How will China set its annual economic target?

There have been heated debates over China’s GDP target this year as the pandemic has caused unexpected damage to the economy. In the first quarter, China reported a 6.8% contraction, the worst on record.

Economists said policymakers might further downplay the importance of an annual growth target. On April 17, the Politburo at a meeting omitted a frequent expression pledging efforts to fulfill the annual economic and social development goals. Instead, top policymakers stressed focusing on economic fundamentals and safeguarding people’s livelihoods. The change in wording fueled speculation that China might make a major change in its economic goal-setting this year.

Economists including central bank adviser Ma Jun and Nomura International Ltd.’s Lu Ting said China is likely to give up on setting a specific growth target this year because of uncertainties caused by the pandemic.

But Yu Yongding, an influential economist with the Chinese Academy of Social Sciences, said there will still be a target so that the government can guide businesses and officials to carry out policies.

Many believe this year’s economic target will be set in a more flexible form. Liu Shijin, deputy director of the economic committee of the top political advisory body, suggested that China adopt a goal relative to the global economy.

If a target is set, analysts widely expected a range of 2% to 3% growth, compared with the 6.1% expansion of 2019. The International Monetary Fund previously projected that China’s economy would grow by less than 2% in 2020.

Will the fiscal deficit ratio be raised above 3%?

Economists have projected a wider budget deficit to support the economy since last year’s massive tax cuts. A government revenue slump amid the pandemic closures and rising public health spending will further add to pressure on government coffers. In the first quarter, national fiscal revenue dropped 14.3% from the same period last year.

It is widely believed that China will raise this year’s budget deficit ratio above the long-held red line of 3%. But how much higher remains a debate. Some economists said the ratio could reach as high as 4% while others estimate a slight adjustment to between 3.2% and 3.3%

In addition to a larger budget deficit, China may also increase the issuance of special purpose bonds (SPBs) to support infrastructure investment. By the end of April, the Ministry of Finance approved local governments to issue 2.29 trillion yuan ($323 billion) of SPBs, compared with 2.15 trillion in 2019. Some experts said overall SPB issuance this year could amount to 4 trillion yuan.

The central government in March announced plans to issue special treasury bonds (STBs) for the first time since 2007 to bolster the economy. Details of the issuance are expected to be released at the NPC session.

It is still unclear how the proceeds of STPs will be used. Economists have been arguing whether the bond issuance should be used to solely fund disease control projects or also to finance business, investment and even individual consumers.

Meanwhile, there are concerns that allowing STBs to fund infrastructure investment may further squeeze private investors out of the market.

What reform plans will be set out?

The NPC meeting is also expected to outline the agenda for further reforms this year. Experts say they hope the Chinese government can take the pandemic as an opportunity to advance more reforms.

The State Council in early April issued policy guidelines for the long-discussed foundational reforms of factor markets including land and labor. A detailed timetable for carrying out the measures may be unveiled at the legislative meeting.

Know more: Join Caixin Global's webinar on the Two Sessions' economic policies — what to expect for the next phase of the stimulus and recovery.