Change Grinds Through Luckin Board, but Is It Real or for Founder’s Benefit? 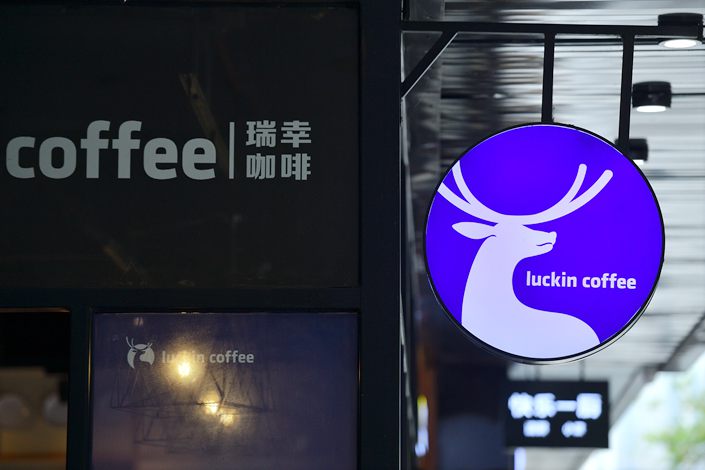 Scandal-plagued Starbucks challenger Luckin Coffee Inc. has proposed a purge of half of its eight-member board, including its embattled chairman, as the company tries to regain investor confidence and avoid being delisted from the Nasdaq.

At the same time, the changes being proposed by Chairman Lu Zhengyao would also effectively hobble a special board committee that has been internally investigating Luckin’s massive fraud, a person close to the committee told Caixin. That committee’s investigation had stalled over Lu’s failure to cooperate, the person said, even as Chinese government regulators may be preparing to charge him with criminal complicity in the fraud, another source close to those regulators previously told Caixin.

Luckin’s board has been in a state of turmoil ever since the company’s shock admission in early April that it had reported more than $300 million in fake sales, or nearly half of its total in the final three quarters of last year. Two of its independent directors have resigned since then, and the company also forced its CEO and COO to resign from the board after determining they were involved in or had knowledge of the fraud. Throughout, however, Lu had stayed on as the board’s chairman.

The latest plan floated by the company over the weekend would see four of the company’s five remaining directors who pre-dated the scandal all forced to leave, according to a notice of an extraordinary meeting scheduled by Luckin for July 5. If that happens, acting CEO Guo Jinyi would become the only remaining board member who predates the scandal.

In addition, shareholders would vote on adding two new independent directors to the board, Zeng Ying and Yang Jie, the former from a legal background and the latter whose current roles include vice dean of the business school at the China University of Political Science and Law.

The meeting was called by Haode Investment Inc., an investment company controlled by Lu. A document calling for the meeting obtained by Caixin pointed out that drastic action was necessary as Luckin faces delisting and negative publicity surrounding some of its board members. The huge overhaul was aimed at regaining the trust of both employees and general public.

Luckin listed on the Nasdaq last year, but was informed last month that it would be delisted due to “public interest concerns” after the scandal made global headlines. Luckin said at the time it would request a hearing on the matter, though experts told Caixin that it would have difficulty reversing the decision.

“The odds are against Luckin’s survival on the Nasdaq. The fraud was extensive, management was only reluctantly cooperative, and the full details are still unknown,” said Brock Silvers, chief investment officer at Adamas Asset Management. “Luckin will likely be delisted regardless of what occurs at the July 5 meeting, and such an outcome would seem warranted.”

At the same time, sources close to Luckin’s own internal investigation into the matter said Lu’s planned board overhaul wasn’t purely aimed at salvaging his company and might also be designed to turn down the heat he is feeling over his own role in the matter.

Specifically, the proposed board overhaul will mean the special committee now investigating the fraud will be down to just one of its original three members. One of the three original members, Pu Tianruo, resigned on June 19. Sean Shao is currently chairing the committee, but is one of the four board members set to leave July 5. That would leave Wai Yuen Chong as the special committee’s only remaining original member.

Shao had been quite aggressive in seeking to uncover the source of the fraud while acting as chairman of the special committee, but Lu was not forthcoming in providing information, the source close to the special committee told Caixin. “(Lu) wouldn’t do an in-depth interview, and didn’t hand over his phone or personal computer to the committee,” the source said. “This was the reason the investigation couldn’t move forward and produce results.”

The internal investigation had previously found evidence of involvement in the fraud by former CEO Jenny Qian, also known Qian Zhiya, and former COO Liu Jian, and both were forced to leave their positions in the company on its board. But Lu has claimed he had no knowledge of the fraud.

Despite that, a source close to domestic regulators told Caixin earlier this month that Lu is likely to face criminal charges in China after authorities discovered emails in which he instructed colleagues to commit fraud. Multiple people close to the company’s international investigation team also previously told Caixin that China’s top market watchdog and Ministry of Finance have found evidence that Luckin paid taxes on bogus transactions.