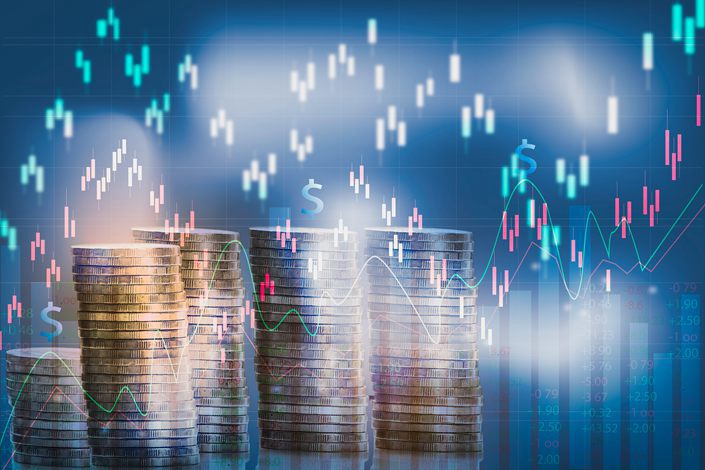 The surge in sales of special purpose Chinese government bonds (CGB) this year is pushing up borrowing costs as investors demand higher yields on debt issued by other entities, even quasi-sovereign institutions such as policy banks.

China Development Bank (CDB), the country’s top policy lender, on Tuesday sold a 12.2 billion yuan ($1.7 billion) five-year bond at a coupon rate of 3.4005%, nearly 40 basis points higher than the previous day’s closing yield on another CDB bond with the same maturity trading in the secondary market. The bank was forced to increase the coupon to drum up buyers amid tightening liquidity on the interbank bond market after the Ministry of Finance embarked on a massive program of sales.

“Funds have been relatively tight recently and 70 billion yuan of special treasury bonds were issued” on Tuesday, a bond trader with a brokerage told Caixin. “Many investors had to adjust their positions to prepare to buy the special purpose government bonds, which meant there were fewer bidders for the five-year CDB bond.”

In China, lenders like CDB are seen as quasi-sovereign entities because they are owned by the government and have a policy mandate. Their bonds are usually in high demand and are sold with coupons barely above those of CGBs. News of the higher-than expected coupon rate led to a spike in the yield on an existing five-year CDB bond trading in the secondary market. It rose 15 basis points within 15 minutes on Tuesday morning, although it later fell back.

The bank’s tough sell underscores concerns that the deluge of issuance underway by the Ministry of Finance will lead to a shortage of liquidity in the interbank bond market, which provides most of the short-term financing that oils the wheels of the financial system. The government announced in May that it would issue 1 trillion yuan of special purpose bonds as part of a stimulus and relief package to support the economy and help companies recover from the impact of the coronavirus pandemic. The bonds will be issued by the end of July and so far 170 billion yuan have been sold, including the 70 billion issued on Tuesday.

In spite of the surge in CGB sales, some analysts say the People’s Bank of China (PBOC) has not ensured adequate liquidity in the money markets to cope with the increase. That has partly contributed to the decline in bond prices and the increase in yields and coupon rates as CGBs have squeezed out demand for quasi-sovereign bonds and corporate bonds.

In May, 1.98 trillion yuan of government bonds were issued, a 183% jump compared with the same month last year, according to data from China Central Depository & Clearing Co. Ltd. (CCDC), a state-backed agency that provides registration, depository and settlement services. As investors flocked to buy the debt there was less money left for other bonds.

Rising yields on government bonds have fed through into the quasi-sovereign and corporate bond market. The yield on the benchmark 10-year CGB was 2.91% on Wednesday, up from 2.55% at the beginning of May and just off its highest since February, CDCC data showed.

In an effort to calm investors, the Ministry of Finance said (link in Chinese) last week that sales of ordinary government bonds and local government bonds would be “appropriately slowed” to make room for the special bonds.

Liquidity in the money markets has been relatively tight recently and many analysts expect the PBOC to cut banks’ reserve requirement ratios (RRR) soon in order to inject more cash into the financial system to provide sufficient funding for bond purchases. The central bank has so far defied expectations of further monetary policy easing, reflecting officials’ concern that too much cash sloshing around in the money markets will lead to increased risk in the financial system. The PBOC hasn’t cut the interest rate on loans it makes through the medium-term lending facility (MLF) since April and has not rolled over all of the maturing MLF loans this month.

“The biggest issue facing the bond market at the moment is funding,” said Tan Songheng, a fixed-income analyst with Hunan Sanxiang Bank Co. Ltd. “The market’s at a bit of a loss. On the one hand, there’s a consensus that the central bank won’t loosen (monetary policy) any further, but on the other hand there’s also fear that investors could be wrong footed by a sudden cut in banks’ RRR.”