By Luo Meihan and Timmy Shen 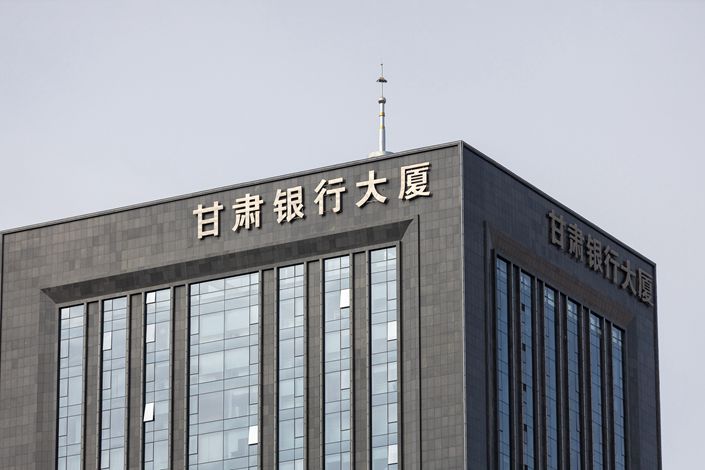 Embattled regional lender Bank of Gansu Co. Ltd. has been approved for a state-backed bailout to shore up its weak balance sheet, according to an official statement (link in Chinese) Wednesday.

Four state-owned enterprises (SOEs) in Gansu, a province in northwestern China, will provide funds to recapitalize the bank as part of China’s efforts to support the banking sector and reduce financial risks amid slowing economic growth.

Net proceeds raised should be entirely used to replenish the bank’s core tier-one capital, the highest-quality capital a bank has to absorb losses, the regulator said.

Bank of Gansu’s mounting problems were underscored when it released its 2019 annual earnings report on March 30. Revenue fell 18.5% to 7.2 billion yuan ($1 billion) amid tougher competition and rising borrowing costs.

Central bank data (link in Chinese) from April showed that of 4,005 small and midsize banks in China, 605 did not meet the minimum required capital adequacy ratio of 10.5%, and 532 were at relatively high risk.

China’s local governments have been getting actively involved in shoring up some of the country’s troubled lenders, including Baoshang Bank Co. Ltd. In March, Bank of Jinzhou Co. Ltd., another Hong Kong-listed Chinese mainland bank, announced that two companies — one managed by China’s central bank and the other owned by the Liaoning provincial government — had agreed to inject nearly 12.1 billion yuan into the bank through a private placement that would make them the lender’s biggest shareholders.

China is likely to allow local governments to replenish the capital of certain small and midsize banks to the tune of about 200 billion yuan in an effort to contain financial risks, Caixin previously reported. They are going to raise the funds by selling special-purpose bonds.