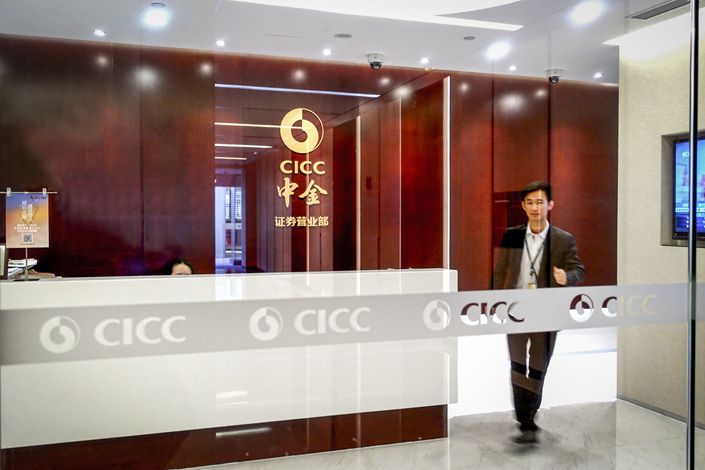 CICC is going for a larger listing because its earlier plan could no longer meet its capital needs to grow its business. Photo: IC Photo

Investment bank China International Capital Corp. Ltd. (CICC) plans to more than triple the size of its Chinese mainland IPO as it seeks to supercharge growth as competition picks up at home.

Hong Kong-listed CICC will issue up to 1.4 billion shares on the Shanghai Stock Exchange, up from the 458.6 million shares in the initial plan in late February, according to a company statement on Monday. The new shares will amount to as much as 24.77% of its total shares after the offering.

The nominal value of each share will be 1 yuan (14 U.S. cents), according to the prospectus (link in Chinese) submitted to the top securities regulator in May.

CICC, which also runs a brokerage, is going for a larger listing because its earlier plan could no longer meet its capital needs to grow its business, an insider at the company told Caixin. In the prospectus, CICC warned it is facing fiercer competition from domestic and foreign competitors. “If the company fails to replenish its capital soon, as well as maintain and consolidate its capabilities and advantages in related businesses, it will be at risk of losing customers and market share,” it said in the prospectus.

Now that China has scrapped foreign ownership caps on domestic securities firms, global investment banking giants like Goldman Sachs Group Inc., Morgan Stanley and UBS Group AG have all received the green light from the top securities regulator to take over their China ventures — big names that now pose a challenge to CICC on its home turf.

And commercial banks might get in the mix as regulators are considering tearing down the wall between banks and securities companies. At least two large state-owned commercial banks are likely to be granted securities licenses by the China Securities Regulatory Commission under a trial program. Meanwhile, CICC is also concerned that internet giants and fintech startups may encroach on the traditional business of investment banks by providing innovative, online-based financial services.

As the first Sino-foreign joint-venture investment bank started in 1995, CICC’s businesses include investment banking, stock trading, bond trading, asset management and research. After helping (link in Chinese) some 60 state-owned enterprises restructure and go public in Hong Kong, the company underwent its own listing in the city in November 2015.

Its current biggest shareholder is Central Huijin Investment Ltd., an investment arm of China’s sovereign wealth fund, which holds a 44.4% stake, according to the company’s 2019 annual report (link in Chinese). Appliance manufacturer Haier Group Corp. is the second-largest shareholder with 9.1%. Morgan Stanley, the company’s large initial shareholder, sold its 34.3% stake in CICC several years ago to a handful of entities including Singapore’s sovereign wealth fund.

Data (link in Chinese) from the Securities Association of China, a self-regulatory body for the industry, show that CICC ranked 11th in terms of revenue in 2019, down from sixth for the previous year, as its total revenue reached 22.8 billion yuan at end of last year, according to the annual report.