CX Daily: The Clock Is Ticking for TikTok 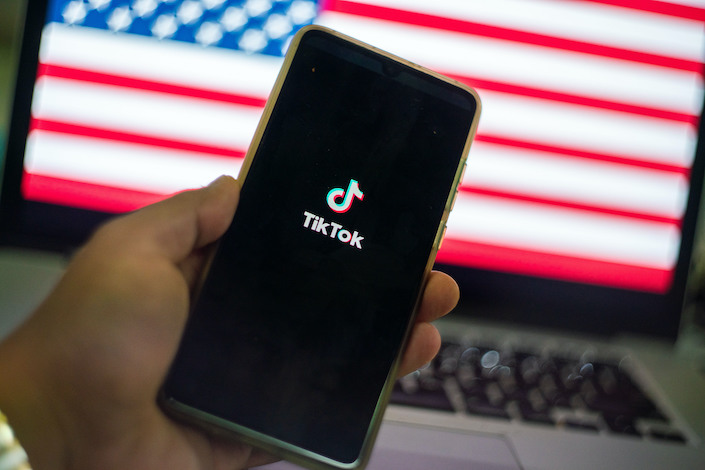 The clock is ticking for TikTok, the popular short video app facing a looming ban or a possible takeover in the U.S.

ByteDance Ltd., the Chinese parent company of TikTok, is in talks with Microsoft Corp. to sell a large portion of its overseas operations after U.S. President Donald Trump said he would block the app by Sept. 15 if it does not do so. But Trump’s demand for a cut of any sale could derail a potential deal.

The U.S. president said he demanded a “substantial portion” of the purchase price in a phone call with Microsoft’s Chief Executive Officer Satya Nadella. “I think it’s very fair,” Trump said, because “we’re making it possible for this deal to happen.”

The consumer price index (CPI), which measures prices of a basket of consumer goods and services, rose 2.7% year-on-year (link in Chinese) in July, up from a 2.5% increase the previous month and marking the second straight month of acceleration, data from the National Bureau of Statistics (NBS) showed. The reading was in line with the median estimate in a Caixin survey (link in Chinese) of economists.

Food prices continued to drive up consumer inflation, rising 13.2% year-on-year in July, faster than the 11.1% growth in the previous month.

Chinese monetary policy will be more flexible, appropriate and targeted, People’s Bank of China Governor Yi Gang said in an interview with the Xinhua News Agency.

Credit growth should be notably higher than the pace last year, Yi said. The central bank should control the rate of growth while encouraging reasonable credit expansion to smaller firms and manufacturers, and also improve the structure of loans. The comments by Yi are similar to what the central bank said last week in its quarterly policy report.

China and Russia ditch dollar in move toward ‘financial alliance’

Russia and China are partnering to reduce their dependence on the dollar — a development some experts say could lead to a “financial alliance” between them.

In the first quarter of 2020, the dollar’s share of trade between Russia and China fell below 50% for the first time on record, according to recent data from Russia’s Central Bank and Federal Customs Service. The greenback was used for only 46% of settlements between the two countries. At the same time, the euro made up an all-time high of 30%, while their national currencies accounted for 24%, also a new high. Russia and China have drastically cut their use of the dollar in bilateral trade over the past several years.

A Shanghai court ruled that an Everbright Securities Co. Ltd. subsidiary must pay more than 3.5 billion yuan ($502 million) to cover the losses of its two partner investors from an ill-fated overseas acquisition.

Everbright Capital Investment Co. Ltd., a wholly owned subsidiary of the state-owned brokerage, must repay China Merchants Bank Co. Ltd. 3.1 billion yuan of the bank's original investment in the acquisition, as well as interest loss and several fees, according to a Sunday filing released by the Hong Kong Stock Exchange, citing a civil judgment from the Shanghai Financial Court.

The court also ruled that Everbright Capital must pay back 400 million yuan of Shanghai Huarui Bank Co. Ltd.’s investment plus interest loss and related fees, according to the filing.

Charts of the Day: College graduates face their toughest test yet: finding a job

Opinion: China turned crisis into opportunity in 1998. Can it do so again?

Chinese electric-car maker XPeng Inc. filed to list on the New York Stock Exchange, about a week after hometown rival Li Auto made a strong debut in on the Nasdaq amid buoyant investor interest in new-energy cars.

In its prospectus filed with the securities regulator Friday, Xpeng set its fundraising target at $100 million, a placeholder that could be subject to change. If Xpeng’s IPO plans go ahead, it will become the third Chinese electric-car company to list in the U.S., following Li Auto Inc. in July and Nio Inc. in September 2018.

Xpeng, Nio and Li are all backed by powerful Chinese internet businesses, with Nio supported by Tencent Holdings Ltd. while Li has received investment from food delivery giant Meituan Dianping. E-commerce giant Alibaba Group Holding Ltd. holds a 14.4% stake in Xpeng through its Taobao China unit, according to Xpeng’s prospectus.

Shanghai recorded 18 new Covid-19 infections from abroad Sunday, a high not seen for more than four months, as the city assumes a role as China’s major gateway for international flights that are slowly resuming.

The new infections were all Chinese citizens aboard two flights from the United Arab Emirates, according to the city’s local health authority. Of the 18, three arrived aboard an Air China flight Aug. 6. The remaining 15 came on a Sri Lankan Airlines flight that originated in the UAE Aug. 7 and transited through Sri Lanka before continuing to Shanghai.

The infected were transferred to designated facilities for treatment. An additional 237 people who had close contact with them aboard the flights are under quarantine in line with customary procedure for inbound passengers.

A remote part of North China became the first place on the Chinese mainland to administer free vaccines against a virus that causes cervical cancer, but women nationwide continue to face high barriers to access.

Authorities in Jungar Banner, a county-level jurisdiction in the Inner Mongolia autonomous region, began inoculating almost 10,000 schoolgirls between 13 and 18 years old against the human papillomavirus (HPV) at the start of August as part of a women’s health campaign, according to a statement posted on the local health bureau’s WeChat account. The shots protect against a common sexually transmitted type of virus that can cause cancers of the cervix, genitals, anus and throat. Cervical cancer killed about 48,000 women in China in 2018.

Chinese authorities have been cautiously easing restrictions on data collection for high definition maps used in self-driving technology, expanding the commercial use of some geographic information previously classified as state secrets, according to newly revised regulations.

High definition maps, viewed as a basic component for self-driving technology, contain a wide range of geographic data including automobiles, roads, and the surrounding environment. China’s natural resources ministry and state secrets protection administration released the updated rules in July on state secrets protection in surveying and mapping (link in Chinese), which first came into effect in 2003. Previously, information regarding road gradients, curvature and texture was prohibited to be collected for commercial use.