China Is Approaching Its Limit on Bad Small Business Loans 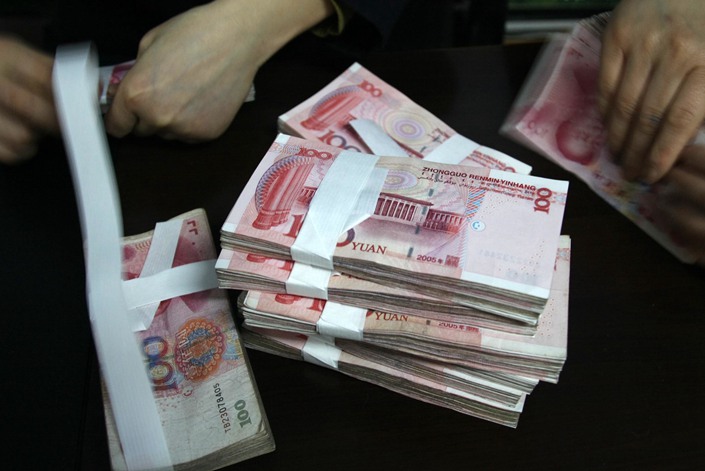 The outstanding value of nonperforming “inclusive” loans to small and micro businesses reached 400 billion yuan at the end of June. Photo: IC Photo

The outstanding value of nonperforming “inclusive” loans to small and micro businesses — defined as those to businesses with credit lines of less than 10 million yuan ($1.4 million) — reached 400 billion yuan at the end of June, rising 9.25% from the start of the year, according to a Saturday statement (link in Chinese) from the China Banking and Insurance Regulatory Commission (CBIRC).

The inclusive nonperforming loan (NPL) ratio had risen to 2.99% at the end of the first half and is now approaching the “tolerance limit,” the statement said. The NPL ratio for China’s banking sector overall reached 2.1% over the same period, up 0.08 percentage points from the beginning of 2020.

Regulators have warned about a surge in bad loans several times this year, as many businesses and individuals have found it hard to repay their debt due to the pandemic. CBIRC Chairman Guo Shuqing said (link in Chinese) in an interview published Aug. 14 that nonperforming assets will likely continue to rise as bad loans have not fully manifested because some enterprises have been allowed to roll over their loans or delay repayment under policies meant to cushion the economic impact of Covid-19.

Financial regulators have instructed banks to accommodate businesses and individuals who have had difficulty repaying their debt, and injected liquidity into the financial system in an effort to channel more funds to ailing businesses.

Since the start of the year, banking institutions have extended repayment periods on the principal and interest of 2.46 trillion yuan in loans for small and midsize companies and foreign trade enterprises, Guo said (link in Chinese) in another interview published the same day.

Although regulators are concerned about the rise in bad loans, the CBIRC said in its statement that the increase is “both normal and necessary,” as the economy needs continuing credit support to get back to normal in the face of the “catastrophe of the century.”

Credit risks are generally under control, it added. In order to defuse risks, policymakers have allowed 18 provincial-level governments to recapitalize some small and midsize banks with up to 200 billion yuan raised from the sale of local government bonds.

In addition, the banking watchdog may loosen proposed regulations for how commercial banks classify their nonperforming assets, which may ease some financial stress on banks, Caixin previously reported.