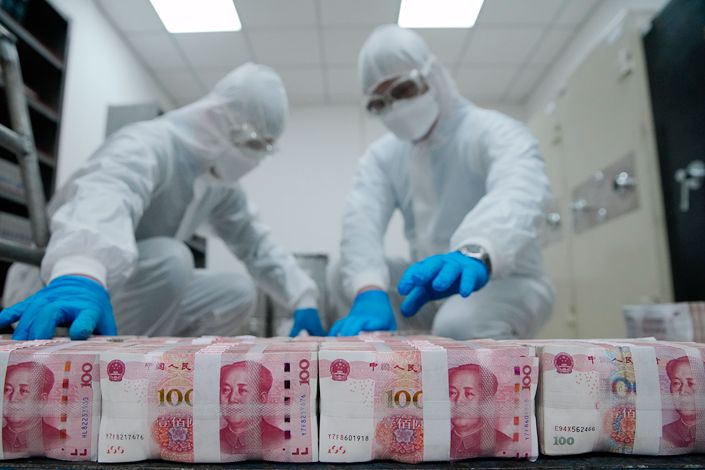 The surge in lending shows how far policymakers have been willing to go to make credit cheaper and easier to obtain for manufacturers whose businesses were ravaged by the coronavirus pandemic.

Chinese financial institutions in the banking sector have already issued more credit to manufacturers in the first seven months this year than they did in all of 2019, a senior banking official said.

Over the first seven months of this year, the financial institutions issued 1.6 trillion yuan ($232 billion) in new manufacturing loans, Xiao Yuanqi, chief risk officer of the China Banking and Insurance Regulatory Commission (CBIRC), said at a Tuesday briefing (link in Chinese). The figure dwarves the 780 billion yuan (link in Chinese) they lent out in all of 2019.

The surge in lending shows how far policymakers have been willing to go to make credit cheaper and easier to obtain for manufacturers whose businesses were ravaged by the coronavirus pandemic. The goal is two-fold: to prevent widespread bankruptcies and worker layoffs while bolstering the manufacturing industry to make China less dependent on foreign suppliers of high-tech gear, multiple analysts said.

China’s economy staged a recovery in recent months as the country brought its own outbreak under control, allowing economic activity to resume.

With the global economy in the doldrums amid the pandemic, and some other countries vowing to move manufacturing back home, China has tried more urgently to make its economy more self-sufficient by stimulating development of high-tech manufacturing to reduce China’s reliance on foreign suppliers.

In addition to increasing credit, policymakers also want to cut credit costs for businesses. In June, Chinese Premier Li Keqiang called on the financial industry to sacrifice 1.5 trillion yuan in revenue to help companies recover from the pandemic.

In the first seven months of the year, financial institutions have saved businesses more than 870 billion yuan by cutting interest rates on loans, slashing fees, and extending loan payments, Liu Guoqiang, a deputy governor of the People’s Bank of China, said at the same briefing.

“Because some manufacturing businesses have long production cycles and need support from long-term funds, we encourage banking institutions to provide more medium- and long-term loans,” Xiao said. Regulators also want banks to make unsecured loans account for a larger proportion of their lending because some manufacturers don’t have collateral for loans, he said.