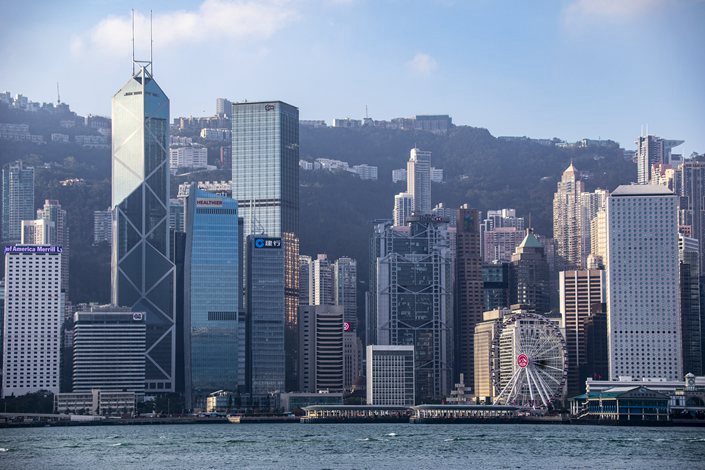 Over the past year, Hong Kong’s social unrest has impacted business sentiment.

SBI Group Inc., one of the biggest online brokerages in Japan, may be planning to leave Hong Kong due to uncertainty over the Chinese city’s business environment in the long term, as well as a resource reallocation strategy.

SBI may be the first Japanese firm to make such remarks to the media. Hong Kong has been rocked by social turmoil since June 2019, amid protests and violent clashes against a controversial extradition bill that was eventually withdrawn. In June, the Chinese central government enacted a National Security Law for Hong Kong, which some worry may impact the city’s business environment.

SBI’s plan was first reported Wednesday by Japanese media outlet Jiji Press. An SBI spokesperson later confirmed the news to Caixin, saying the company has decided to either withdraw from Hong Kong or downsize its business there.

The spokesperson said that the company had not finalized a specific plan and that the process is still in an early stage. SBI currently operates securities brokerage and pharmaceutical research businesses in Hong Kong, with fewer than 100 employees in the city.

If it withdraws from Hong Kong or downsizes its business there, SPI will consider allocating more resources to the Chinese mainland, the spokesperson said. “There are no changes in our commitment towards mainland China at the moment,” the person said.

Headquartered in Tokyo, SBI was part of Japanese investment bank SoftBank Group Corp. before spinning off from the latter in 2006. As of March, SBI had around 5.5 trillion yen ($52 billion) in total assets.

In 2005, SBI set up a private equity fund focusing on the Chinese mainland. In 2012, it launched a subsidiary on the mainland, which runs investment, financial services and pharmaceutical businesses.

Over the past year, Hong Kong’s social unrest has impacted business sentiment. More than 80% of some 300 Japanese firms operating in the city were concerned about the effects of the security law, according to a July survey (link in Japanese) conducted by bodies including the Consulate-General of Japan in Hong Kong and the Japan External Trade Organization’s Hong Kong office.

In July, Japanese securities firm Daiwa Securities Group Inc. said it may accelerate plans to shift some businesses in Hong Kong to the Chinese mainland, if tensions in the city worsen, Bloomberg reported. Nomura Securities Co. Ltd. also scaled back its operations in the city in the first half this year.